The original NES Zapper is one of the most iconic video game controllers of all time. At best, it was great fun, and at worst it was a source of frustration. The most damage you could do with one was maybe throw it across the room at your kid brother – until now. 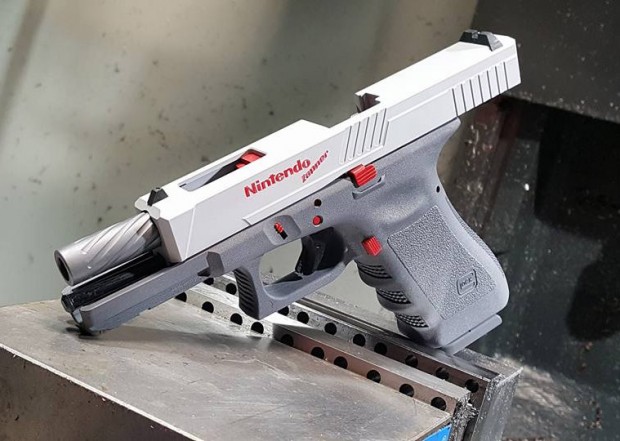 The guys at Precision Syndicate took a functional Glock pistol, and refinished it to look exactly like the same weapon you used to pick off birds in Duck Hunt. 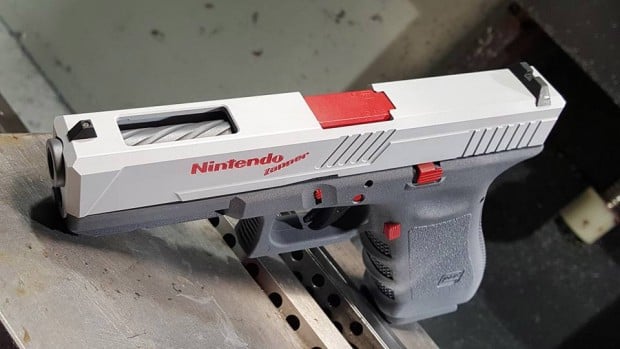 The weapon looks really cool, though I don’t recommend playing Wild Gunman with it, unless you want a pile of shattered glass in place of your 70″ Samsung.