You may know programmer Feross Aboukhadijeh from his real-time YouTube search page YouTube Instant. But Feross has been working on something much bigger called WebTorrent. It’s a JavaScript torrent client for web browsers that uses WebRTC, an API that lets browsers share data without additional plugins. Ferros recently released an offshoot of WebTorrent called WebTorrent Desktop. 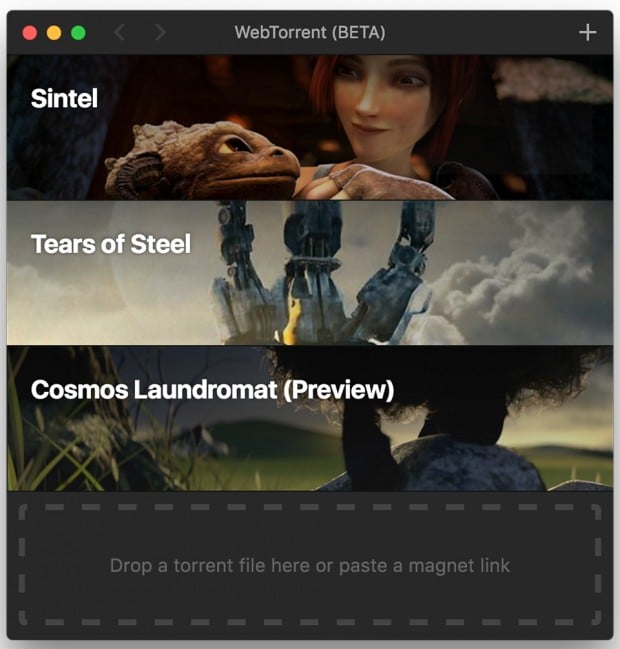 Both WebTorrent and WebTorrent Desktop let you play video or audio files as they’re being downloaded. You can even seek or fast forward. All you need is a torrent file or a magnet link to start streaming.

So why would you bother downloading the desktop app when WebTorrent can stream within your browser? First, WebTorrent Desktop has a more user-friendly visual interface. Second, the program can link to peers on both WebRTC clients like WebTorrent as well as Bittorrent clients such as uTorrent. On the other hand, WebTorrent users can connect only with each other. 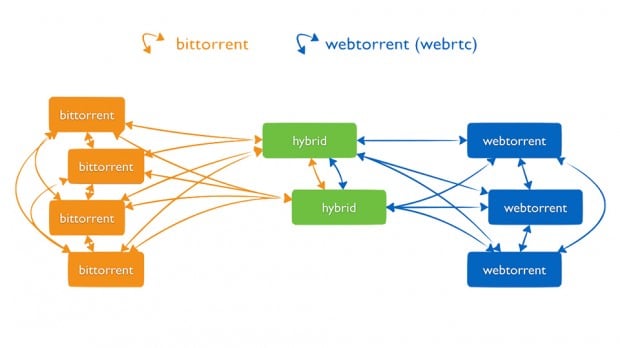 WebTorrent Desktop is currently in beta. You can download it on the WebTorrent website, or check out its source code on Feross’ GitHub page. I tried for a couple of minutes and it works fine, although sometimes it won’t start playing the video automatically even if it’s already downloading. The program also has no support for subtitles and has no volume controls as of this writing.

As I mentioned, WebTorrent Desktop is just one of WebTorrent’s applications; its FAQ page has more examples of how people are using it. In fact, Netflix talked to Feross about WebTorrent, and appeared to be interested in using the technology to improve its streaming service.