We all know Mark Hamill as Luke Skywalker and we all know after that last scene in The Force Awakens that Hamill has aged a lot. We also all know deep down that he will train Rey, played by Daisy Ridley, to be a Jedi. Recently, Hamill and Daisy were working together at Pinewood Studios and somebody snapped an epic photo. 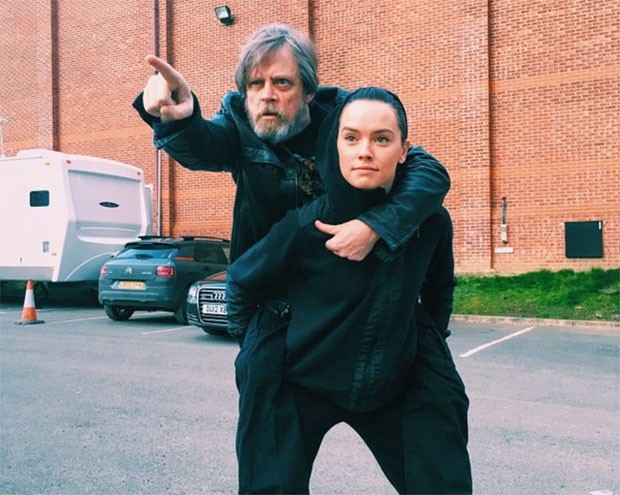 In the pic Hamill posted on Twitter, he is riding on Daisy’s back and pointing. Anyone who’s a fan of the original trilogy will immediately recognize that he is recreating the scene where he had to carry Yoda on his back during his Jedi training. Clearly, this is a teaser that Rey will be a Jedi.

A long time ago (last week I think) In a galaxy far, far way(@PinewoodStudios ) THIS happened! Happy Birthday Daisy! pic.twitter.com/dYc9j65YBD

I only hope that Luke lasts longer in the new franchise than Han Solo did. I’m still a bit pissed about that one.