In the past couple of years, a number of PC enthusiasts have been removing the lid – aka the Integrated Heat Spreader – on their Intel CPUs to replace the stock thermal paste with third party ones that do a better job of siphoning heat off of the chip itself. Less heat is always good, especially for overclocked CPUs. The problem is that delidding, as it is now called, is as risky as it sounds. Until now. 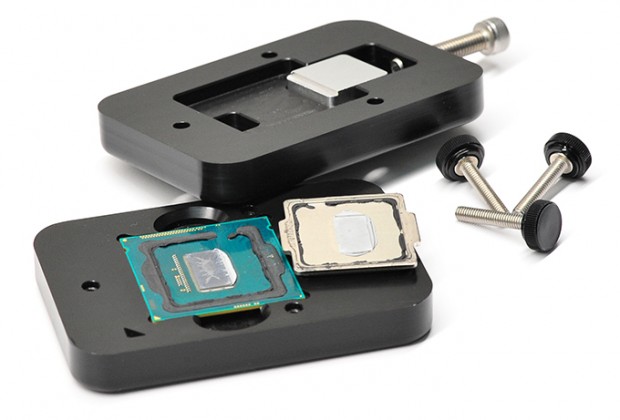 Rockit Cool’s Rockit 88 is a small tool that makes delidding as easy as opening a can. Inside the tool is a space for the CPU and a lever similar to a bottle opener that sits right below one of the CPU lid’s edges. All you have to do is place the CPU inside the Rockit 88, screw in the Rockit 88’s cover to secure the CPU, and then twist the bolt connected to the lever. The CPU’s lid will pop right off. Sounds easy right? Especially when you consider that the current methods involve either a razor blade or a mallet. 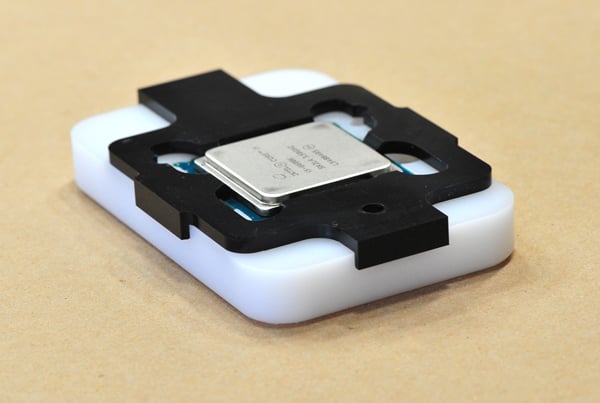 Thanks to the support of backers, Rockit Cool will be bundling a relid tool that holds the CPU’s lid in place after you’ve applied the new thermal paste.

Pledge at least $35 (USD) on Kickstarter to receive the Rockit 88 as a reward.