We’ve seen a Raspberry Pi used as the basis for a normal-sized laptop, but maker Node managed to cram a Pi 2, a keyboard and a 3.5″ touchscreen into a case that’s roughly the size of a Nintendo DS. It also has three USB ports, an Ethernet port and a composite video out, and runs Linux. It’s the maker’s version of the new MacBook – but with more ports. 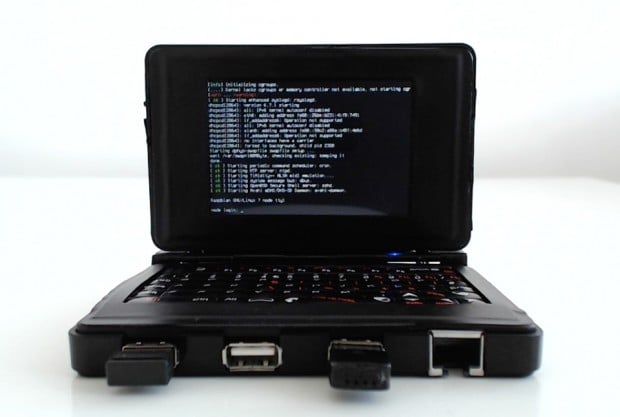 It doesn’t have a trackpad, but Node can use the touchscreen to switch between windows, thanks to the open source window manager i3. It won’t win awards for aesthetics or ergonomics, but this little guy can do most of the things you do on a computer, such as surfing the Web, watching videos and playing games.

This project is for advanced makers only, especially because it requires hacking off parts of the Pi 2. That said, Node went out of his way to make his guide as accessible as possible. He made a guide in video form…

As an Imgur album…

And as post on his website. As he said in the video up top, Node is also considering selling a DIY kit if enough people are interested in one. Check out his YouTube page for more of his projects and lessons.