Max Factory captures Metal Gear Solid‘s mix of realistic military fiction with Japanese humor in this new Figma of MGS 2’s Gurlukovich Soldier. He’s dressed in full battle gear and comes with a rifle and a knife, but it also comes with a few silly accessories. 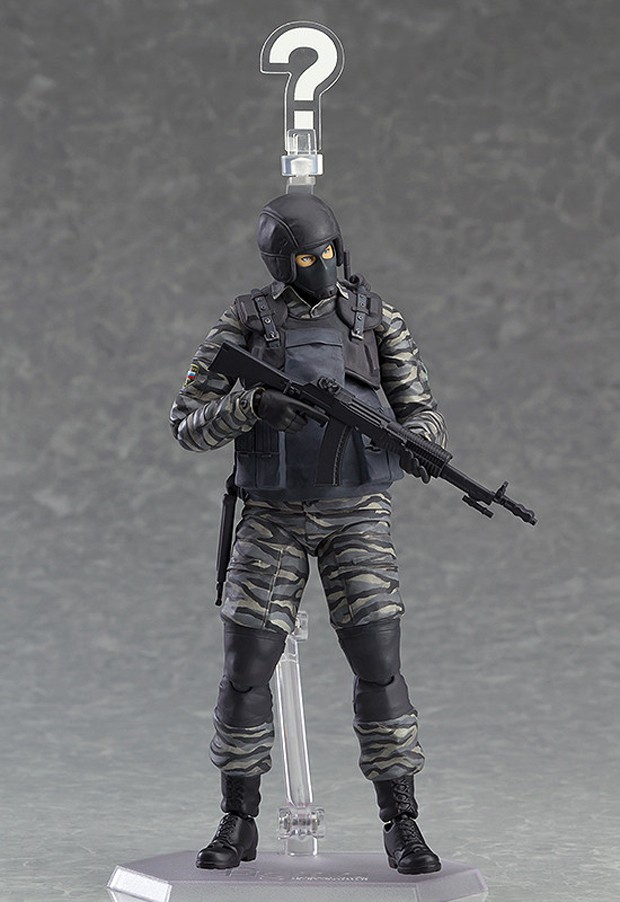 The soldier comes with ?, ! and Zzz icons, as well as a magazine. His alternate head has eyes that are literally sparkling. You’ll also get an additional shotgun accessory if you get the figure from Good Smile Company. 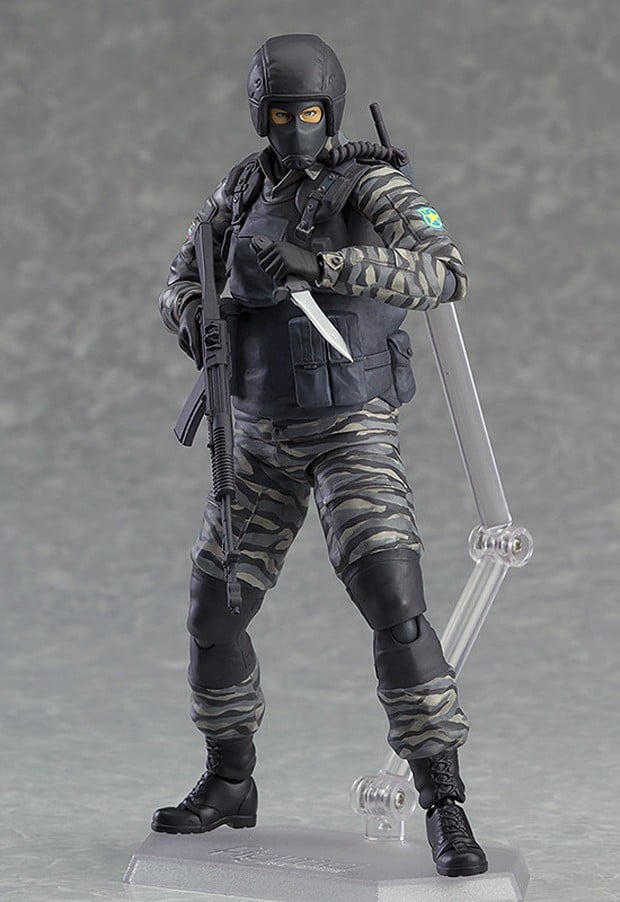 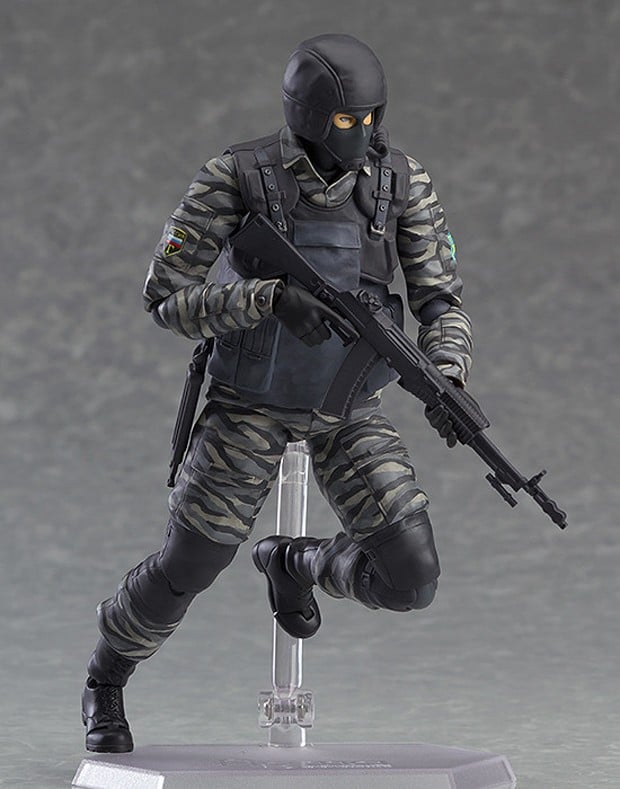 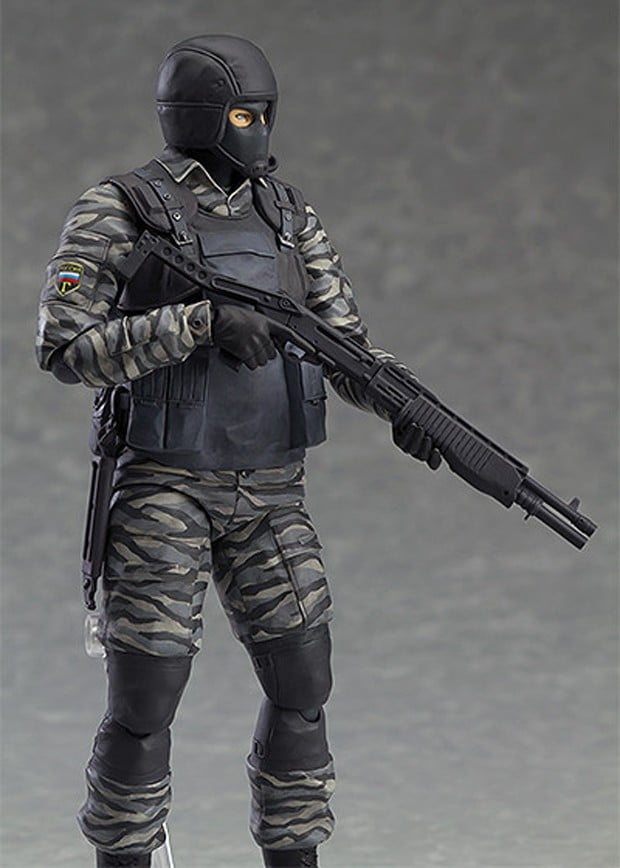 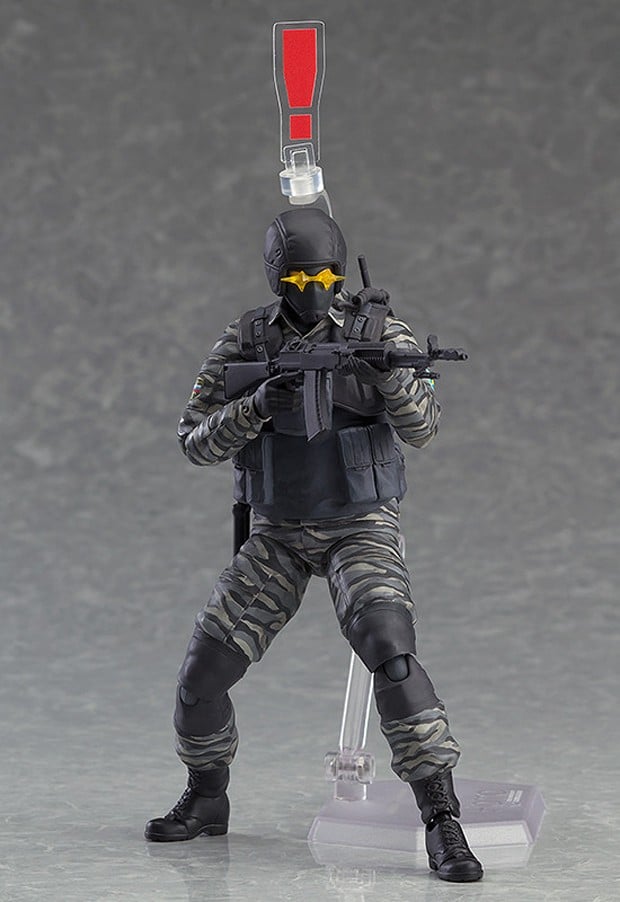 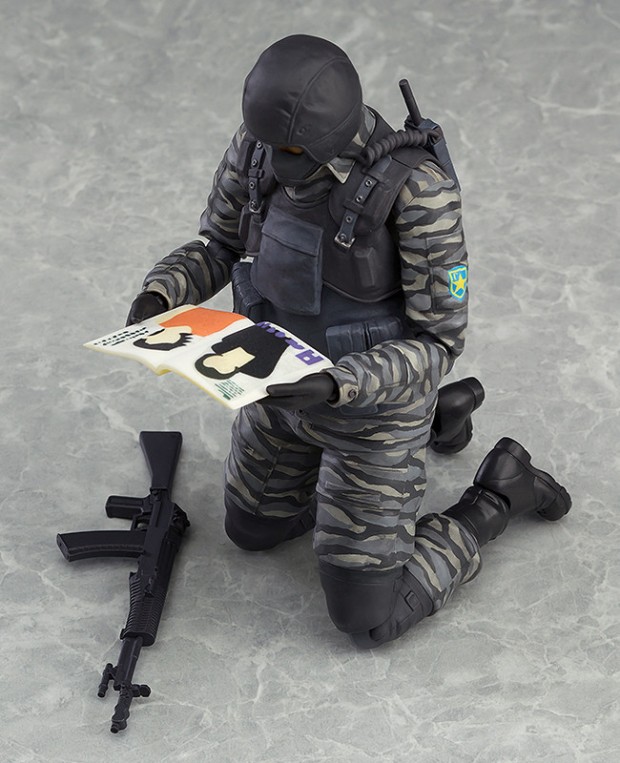 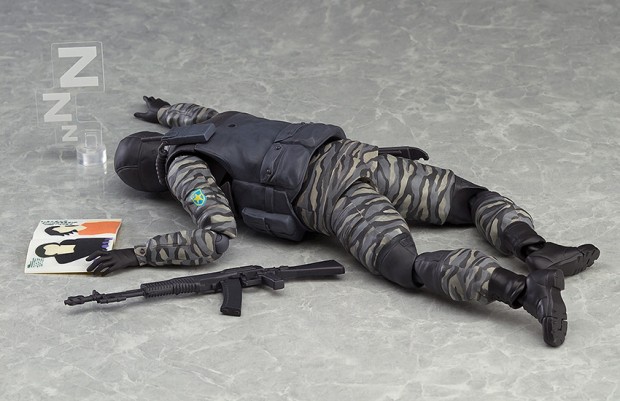 Sneak into Good Smile Company to pre-order this goofy grunt for ~$75 (USD).