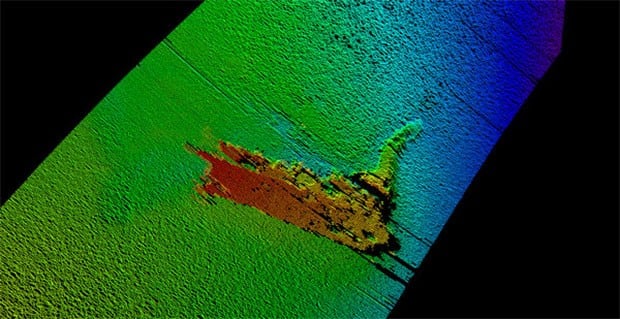 The weird image you see here is something that was found at the bottom of Loch Ness by an outfit called Kongsberg Maritime who specialize in underwater positioning technology. They scanned the bottom of the loch with a robotic device called MUNIN and found what clearly looks like ole Nessie lurking down there.

The catch is that this is a prop used in a movie in the late ’60s called The Private Life of Sherlock Holmes. In the film, Watson glimpses Nessie swimming away in the loch. The scene was actually shot at Loch Ness and used a floating Nessie that originally had two humps. Director Billy Wilder wanted those humps removed from the prop, which led to it sinking to the bottom of the loch, only to be discovered decades later by MUNIN.