The quest for wearable devices and embedded electronics might be completed with the help of a centuries-old handicraft. Ohio State University researchers John Volakis and Asimina Kiourti have been working on circuits that can be embroidered at 0.1mm precision, which they say is “the perfect size to integrate electronic components such as sensors and computer memory devices into clothing.” 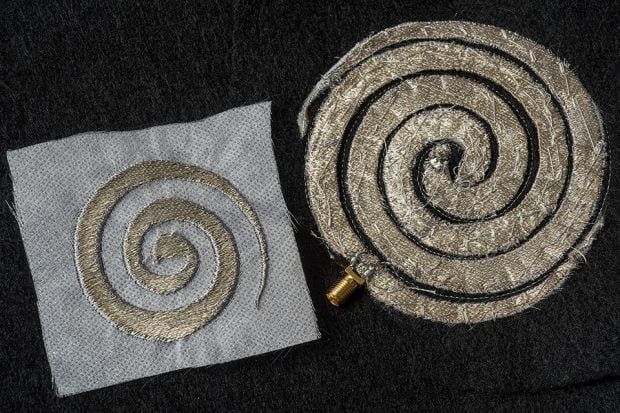 Volakis and Kiourti have been experimenting with embroidery because it lets them create any shape, which is important for certain applications. The materials and their patented method is also cheap, and with their latest breakthrough the researchers can create a circuit in as little as 15 minutes. Embroidered circuits can also be hidden or placed alongside decorative designs. 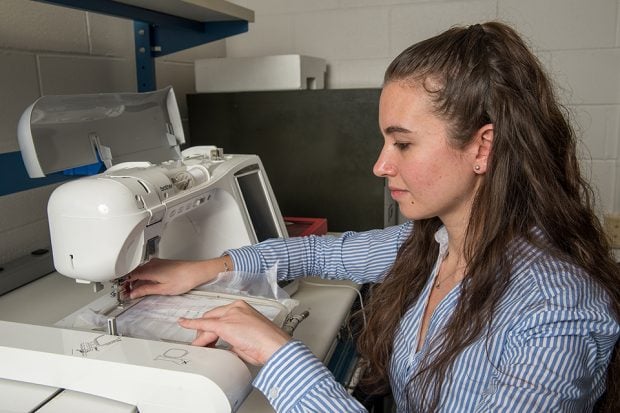 Previously, Volakis and Kiourti were using silver-coated polymer threads with a 0.5mm diameter to create their circuits. But recently they’ve switched to silver-coated copper threads that have a diameter of only 0.1mm. Compared to their previous approach, their new process uses fewer threads, saving them both money and time. 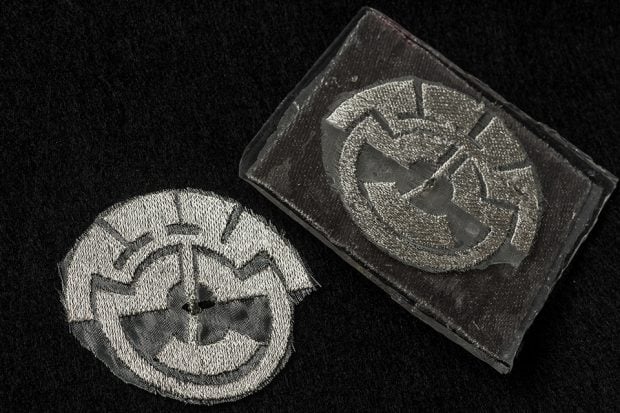 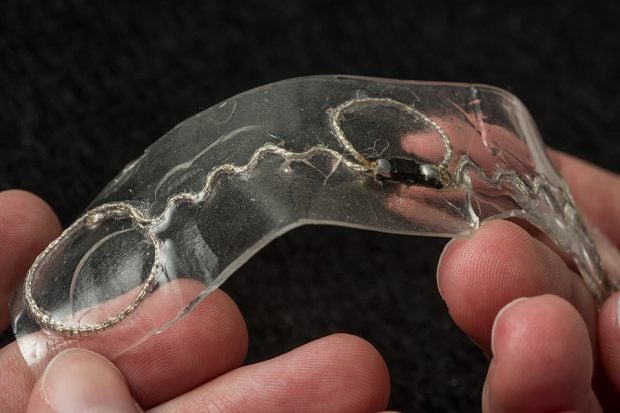 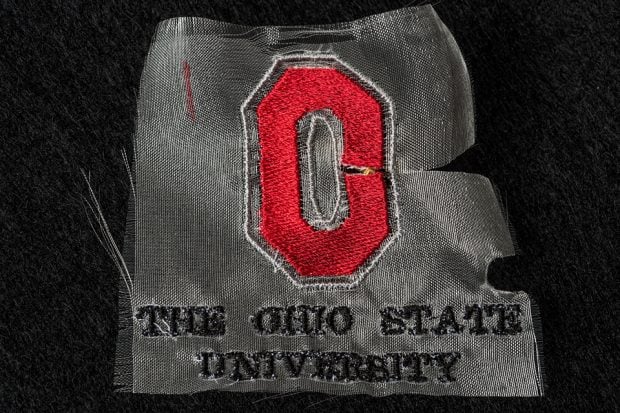 The researchers say the 6″ spiral antenna they embroidered “transmitted signals at frequencies of 1 to 5 GHz with near-perfect efficiency.” They’ve also used their method to create flexible circuits embedded in rubber instead of fabric. They hope to acquire a bigger sewing machine to further the development of smart clothing as well as advanced sports and medical equipment.

[via Ohio State University via Gizmodo]