Look at these children having the time of their lives playing Dungeons & Dragons. But if you showed a similar scene to some American parents in the early ’80s, they’d freak out and say that these children were being introduced to witchcraft and devil worship. Yep, we’re talking 1980s, not 1480s. 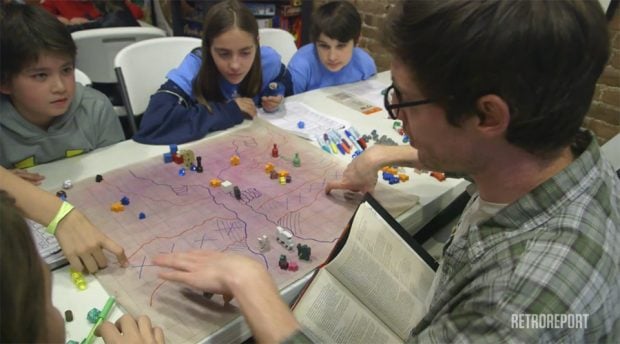 As the New York Times’ documentary series Retro Report shows in the video below, a clueless investigator and a handful of unrelated deaths were apparently enough to convince mass media that D&D was a gateway to satanism and other occult practices. Fortunately, this witch hunt backfired in favor of the game. The bad publicity ended up introducing D&D to a wider audience and helped make it even more successful.

That was delicious. The chaotic good guys win.