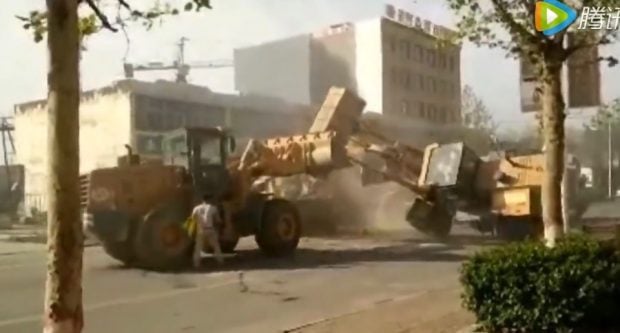 A group of Chinese construction workers from rival firms got into a massive fight inside their front-end loaders. One of the vehicles ends up toppled on its side. The part that really gets me is that people are just standing on the sidewalk filming and driving around the fight like nothing.

It doesn’t appear that anyone got hurt, but I bet the owners of the construction firm didn’t find it funny that all this expensive equipment was engaged in something that looks like Robot Wars.