We have robotic bartenders, why not robotic cooks as well? Actually, Spyce Kitchen is not just a cook but an entire restaurant that works on its own, from measuring ingredients to washing its pots. 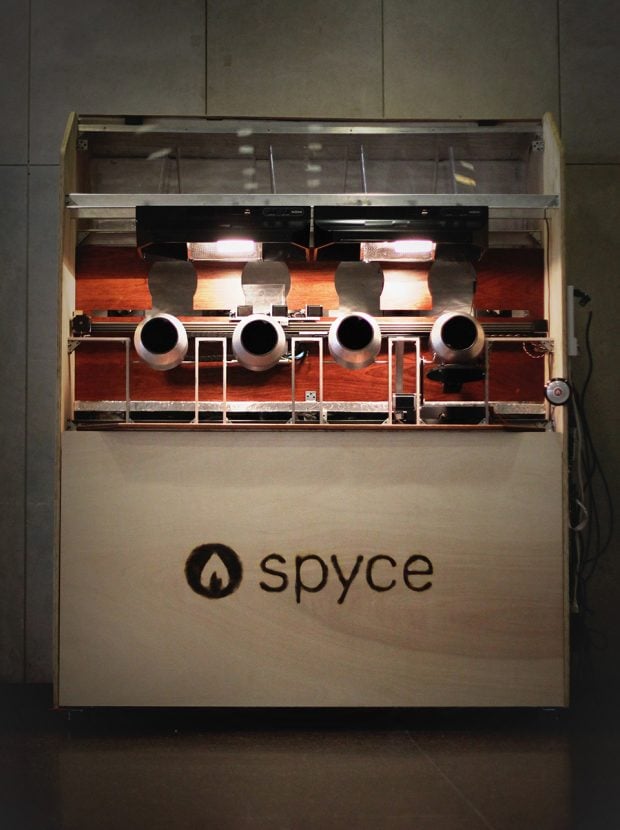 MIT mechanical and electrical engineering students Kale Rogers, Michael Farid, Braden Knight, and Luke Schlueter are the wizards behind the robo resto. It takes up just 20sq.ft. but has its own fridge, stove and dishwasher. According to Tech Insider, Spyce Kitchen is being tested at one of MIT’s dining halls and currently serves five different meals. After you pick one via its touchscreen menu or a mobile app, the robot will take ingredients from its fridge, measure them by weight and then deliver them to one of its four cooking pots, where they will be mixed and cooked. After the meal is served – actually, dumped – the robot will move the used pot to the washing area.

Rogers and his teammates won $10,000 at this year’s Lemelson-MIT Student Prize for Spyce Kitchen, and they are looking to turn their invention into a commercial product. They said that several schools in Boston have already expressed interest in Spyce Kitchen. If it could be modded to serve the meal gently and leave me some of my dignity, I’d be more welcoming of our robot overchef.