Last month we checked out a hack that turned Corsair keyboards into a display. Apparently, Logitech’s Vice President and General Manager of Gaming Ujesh Desai had the same idea for their booth at this year’s PAX East. The result is the Great Wall of Logitech G. 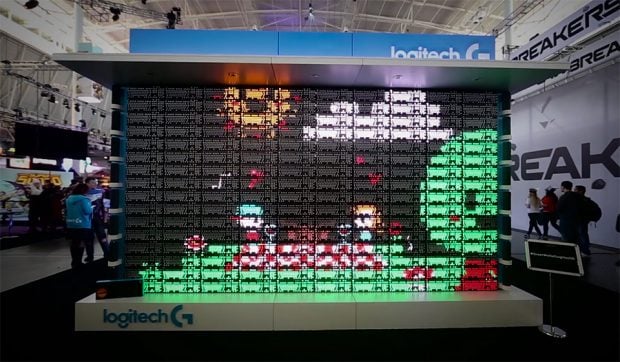 Logitech worked with Right Brain Electronics to make the crazy display, which measures about 10’x 15′ and consists of 160 G810 keyboards (a total of 18,400 RGB LEDs). All of the keyboards on it have keycaps that are blank and have diffusers to maximize the light coming from the RGB LEDs.

According to Gamers Nexus, Logitech and Right Brain wrote a program to handle video playback and make it easy to replace any damaged keyboards.

It’s crazy how well it works, although it might not be as convincing if they played live-action videos on it.

[via Gamers Nexus via Ubergizmo]