There have been a number of Death Star fire pits floating around the internet, but this one has some extra nice detailing that makes it look awesome when set ablaze. This one came out of a high school welding class of all places. 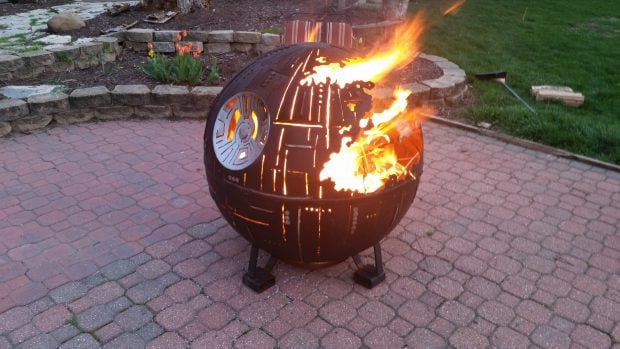 The ultimate weapon was created by a group of welding students from Harlem High School in Machesney Park, IL, and is just about the coolest thing ever to be made in a high school shop class. The story of this Death Star gets even more interesting. Apparently, it was auctioned off and the winner gave it to Redditor alphacodemonkey as a gift. Just gave it to them. Who gives away Death Stars like that? Man, I wish I had this in my backyard.

Check out more pictures in the gallery right here:

Firing up the Death Star