In his latest collection, the talented custom figure maker Sillof imagines what Star Wars characters would look like if they lived in the Masters of the Universe universe. It’s a reference to the origins of He-Man and his fellow Eternians. The MOTU toy line would probably not exist if not for Mattel’s infamous decision to turn down the rights to produce Star Wars toys. 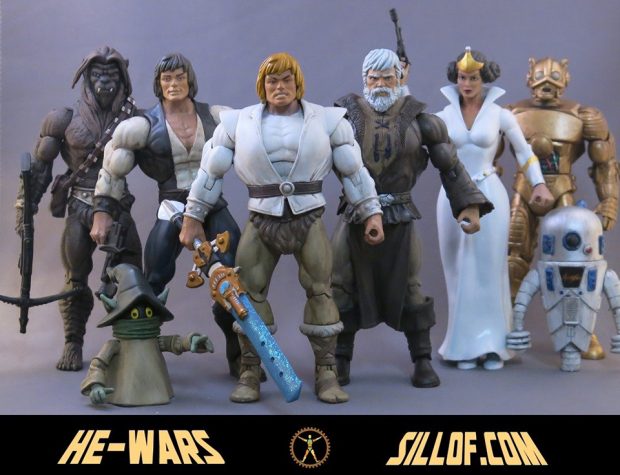 Sillof mainly used parts from Masters of the Universe Classics figures to make the He-Wars figures. It’s because he doesn’t consider the collection a mashup or a costume swap: “Rather, it imagines a world in which the similarities are extended to place the Star Wars archetypes inside the Masters of the Universe world.” That still sounds like a mashup to me, albeit between characters and aesthetics. 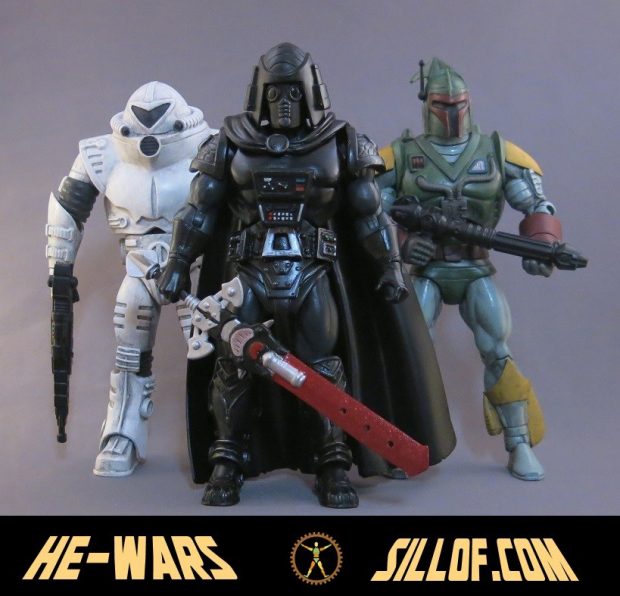 Use the Power of Grayskull and journey to Sillof’s website for individual shots of the figures.