Back in the day when Ghostbusters first hit the screen it was one of the first movies that I remember having lots of product tie-ins. There were toys, cartoons, even foods and drinks that went along with the film. The one that I remember most was Hi-C Ecto Cooler, which always reminded me of Tang. My brother was seriously bent on that stuff and took it to school in his lunch every day. 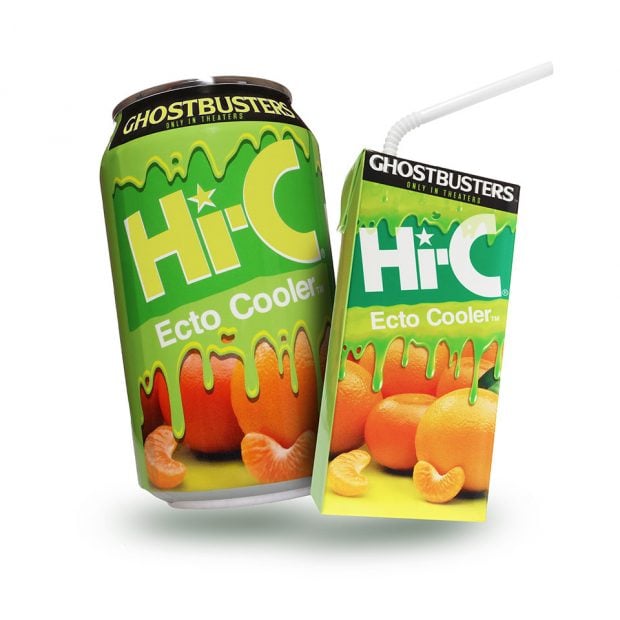 I can distinctly remember him getting beside himself pissed off if I drank one of his Hi-C boxes after school. The drink was so popular that it stayed on the market for years after introduction, even once the films had aged.

After a 15-year hiatus, Coca-Cola has announced that Hi-C Ecto Cooler will return in those little rectangle cardboard boxes and in cans. Naturally, this is a promotion for the Ghostbusters reboot due in theaters this Summer. A contest will be held starting on May 30 to win some of the drink before it is available to purchase. I having some serious nostalgia right now and I’m going to have the Ghostbusters theme song in my head all day. I ain’t ‘fraid of no ghost… I ain’t ‘fraid of no ghost.