The Bomb Pizza Is a Fiery Feast from Korea

This pizza is the bomb. Seriously, it’s called the Bomb Pizza and it gets its name from the way it is cooked. In this Italian restaurant in Seoul, South Korea, they have invented an entirely new way to cook, serve, and eat pizza. 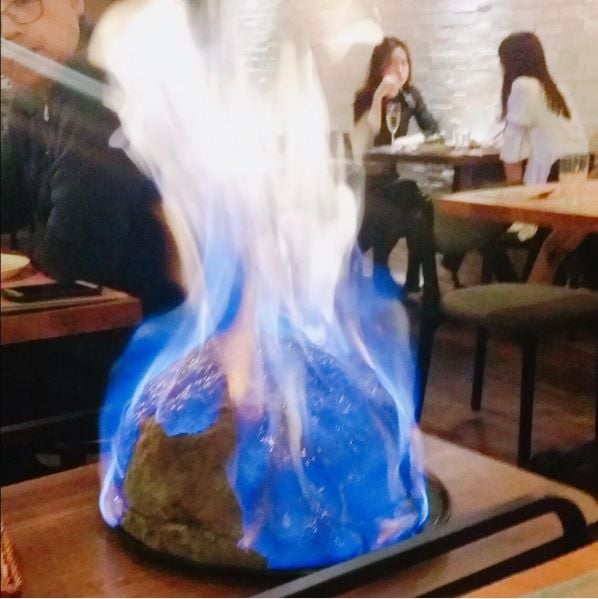 They put uncooked (or maybe partially uncooked) pizza ingredients inside a bubble of dough. It doesn’t go in the oven after that. Instead, they pour oil over the top and light the whole thing on fire. The dough burns, cooking the insides with the heat that is generated.

When the fire goes out, the server cuts open the bubble with a pair of scissors and slices the bottom half. It looks hot, dangerous, and delicious.

[via First We Feast via Neatorama]