You might know Piano Tiles 2. It is a touch-based mobile game that’s very difficult; at least for humans. So DenverFinn built a robot that slips over an iPad and acts like human hands, super fast human hands. Make that robot hands. 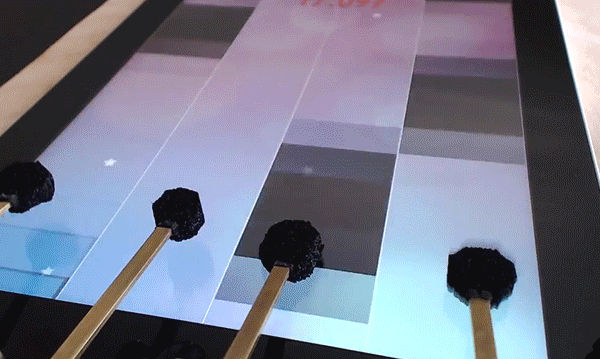 It works by using an iPhone overhead that captures the game at 120 frames-per-second and sends visual input to a controller that knows to seek out the black keys and avoid the white spaces. When a black key aligns with one of its conductive-tipped “fingers,” the controller fires a tiny motor to make the appropriate finger tap the screen.

Pretty simple really, but it produces some great results. This finger bot hit a record speed of 21.079 keys per second. That is crazy fast. How fast? Watch near the end and see if you can even follow the game with your eyes. Now imagine your own fingers hitting the keys at that speed.

I’m just wondering what other games this finger bot could master. Someone package this up as a cheating aid for mobile games and I bet people would buy it.