Conan O’Brien, Zac Efron, and Seth Rogen all got together for an episode of Clueless Gamer in which they played Mario Kart 8. Mind you, this was no ordinary competition – the loser had to allow the other two to put dicks on their face. Not their actually dicks mind you. The winners got to draw dicks on the face of the loser with markers. 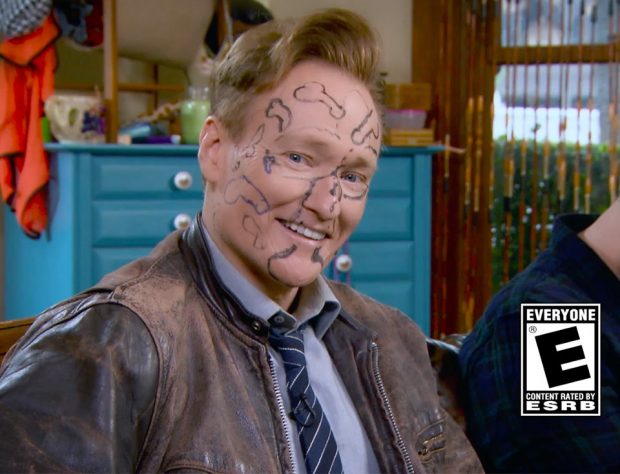 It would have been much better if one of the winners had used a Sharpie so the phallic symbols lasted for weeks. I might have watched the Conan show if he had semi-permanent dicks drawn on his face.

You can watch the penis artistry and the terrible gaming in the video above. They could have just drawn tiny Seth Rogens all over Conan’s face and it would have been the same thing.