The big movie release this weekend is Captain America: Civil War. I’m a fan of Marvel movies, but I am not a big fan of Captain America as he is played in the films. On the other hand, I am a fan of Iron Man, Spiderman, and some of the other characters in the film. To me this is more of an Iron Man flick with some Cap on the side. I guess Microsoft feels the same way, since they have had some Tony Stark customized Xbox One consoles made to be given away by Xbox France. Guess it wouldn’t makes sense for France to get Captain America consoles anyhow. 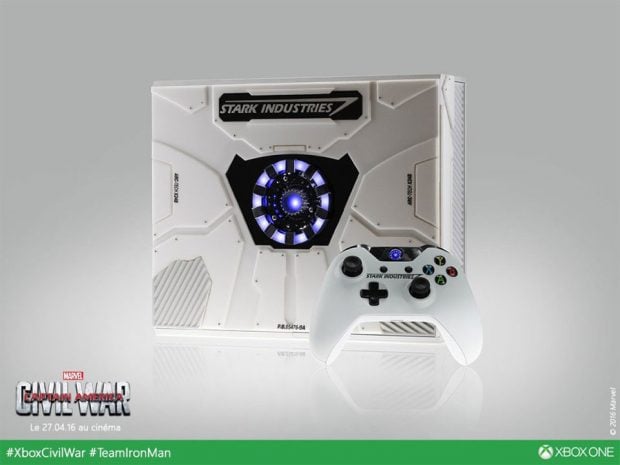 The slick looking consoles are white and have Stark Industries badging and an arc reactor on the top of the console. The controller is also customized and has a tiny arc reactor behind the start button. It looks cool, but I’d have rather see them done up in red and gold than white personally.

They are hailed as having been designed by Tony Stark, but I doubt that Robert Downey, Jr. had anything to do with their creation. If you want one, you can enter to win one of the three available by following the rules on Xbox France’s Facebook, Twitter, or Instagram pages.