This Pizza Delivery Box Is Made out of Pizza: Pizza ^2

Vinnie’s Pizzeria in Brooklyn is doing their part to help save the environment and they are doing it in the tastiest way possible. Their new pizza delivery box is made completely out of pizza. Now you can eat the box too. 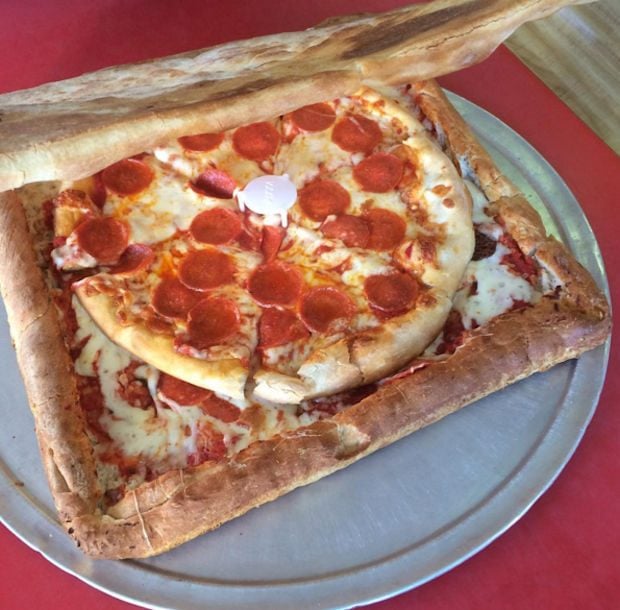 It’s delicious and biodegradable, although it is expensive, and doesn’t exactly protect your food from being exposed to the elements like a box is supposed to do. PIX11 explains how pizzeria owner Sean Berthiaume came up with the idea:

Owner Sean Berthiaume told PIX11 News he came up with the idea right before the lunch rush when business at the restaurant was slow. Out of pure boredom, he decided to experiment and thought about how he was tired of seeing people eat their pizza out of a cardboard box, then throwing the greasy carton away. What a waste!

Berthiaume said he thought about an edible box — a pure, delicious, square pie that not only served as a box, but food that you can eat and won’t waste (if you don’t throw it away).

I like the way those guys at Vinnies think.

[via Neatorama via Laughing Squid]