Back in 2011 we checked out artist John Karpinsky’s Star Wars character portraits that had awesome Day of the Dead-themed twists. He recently reached out to us to share the latest additions to his series, featuring some of the heroes of Star Wars: The Force Awakens. 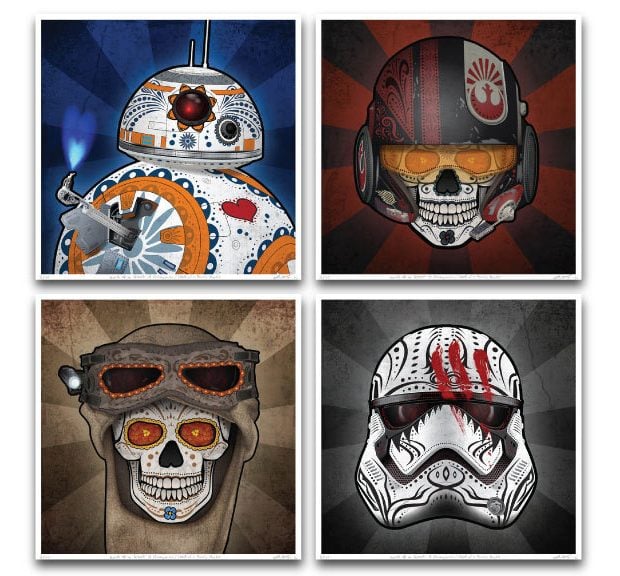 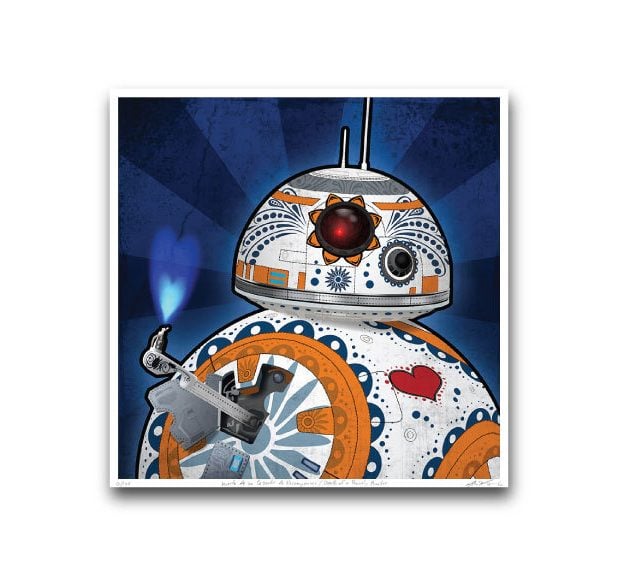 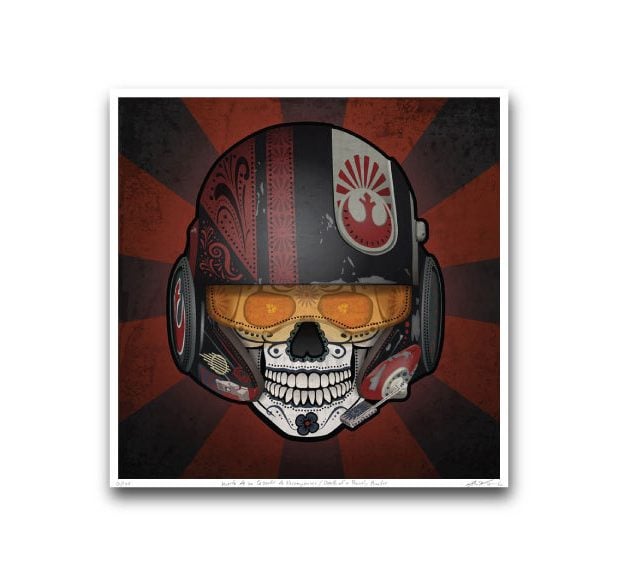 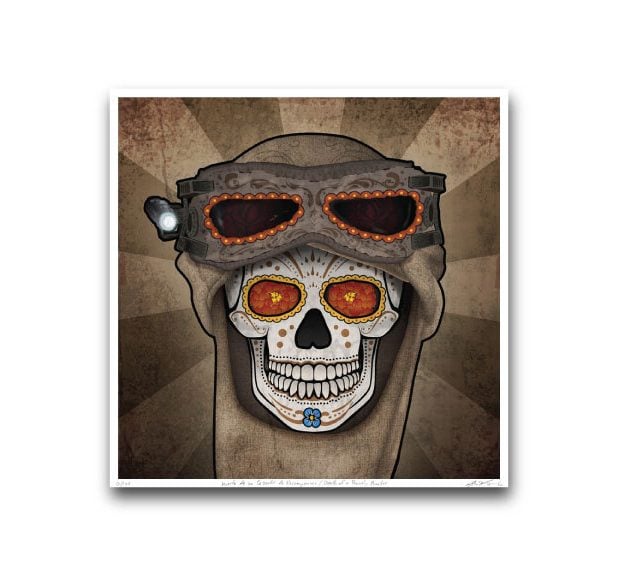 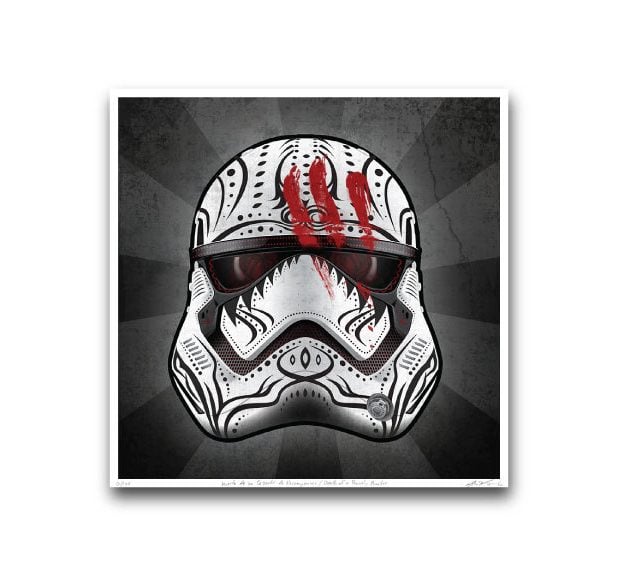 I figured John didn’t make a Han Solo skull because it would just bring us down. You can get all four prints as a set from John’s Etsy shop starting at $40 (USD).