Instructables employee Mike Warren aka Mikeasaurus celebrated Cinco de Mayo with this hilarious contraption. Mike went to great lengths to combine a chainsaw, a blender and a motorcycle throttle to create a drink mixing machine that would please Chuck Greene. 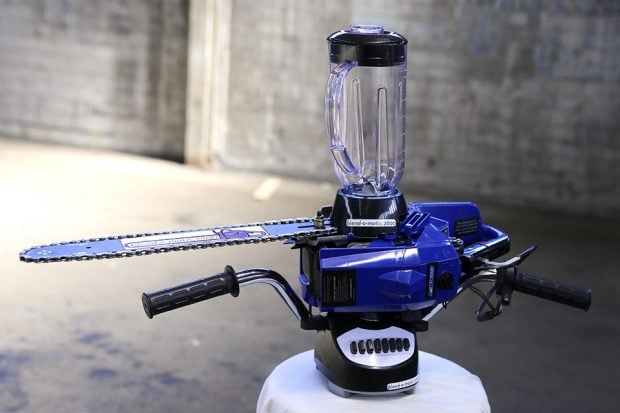 Put simply, Mike modified both the chainsaw and the blender such that the former can turn the latter’s toothed cap. He also connected the chainsaw’s trigger to a motorcycle throttle to make it easier and more fun to use. Because Mike just wants to mix drinks and not blood, he removed the chainsaw’s chain and glued a bicycle chain in its place. He obviously didn’t bother connecting the bicycle chain to the engine, so only the blender’s teeth will spin if the chainsaw is revved.

Head to Mike’s Instructables page for his full build log.