A group of Chinese scientists were on a field trip to the Guangxi Zhuang region of China in 2014 and discovered this gigantic bug. The beast is 62.4cm long, or a bit over two feet. It looks like some sort of irradiated friend of Godzilla to me. 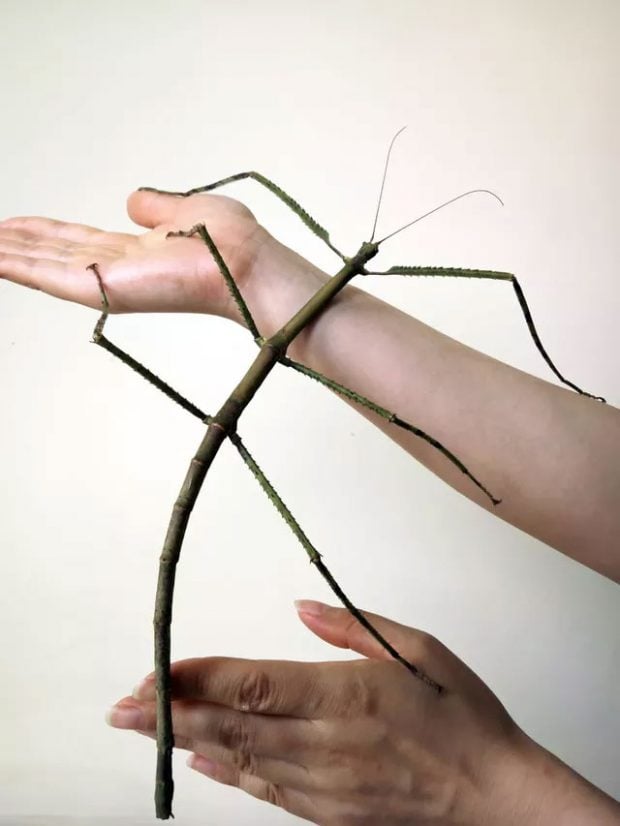 I’m pretty sure if it bites you, you will become Stick-man and your cheesy super power will be hiding in trees where enemies can’t see you. The researcher who found the bug was Zhao Li of the Insect Museum of West China. The group was searching for the insect described by local farmers as being as thick as an adult’s index finger; clearly they found it.

“I was collecting insects on a 1,200-meter-tall mountain in Guangxi’s Liuzhou City [when] a dark shadow appeared in the distance, which looked like a tree twig,” Zhao told Xinhua. “As I went near, I was shocked to find the huge insect’s legs were as long as its body.” The bug would later lay eggs in captivity and the smallest of the offspring was 26cm long.

[Xinhua via The Verge]