Last year, console modder Ed Zarick showed off the aesthetic side of his customizing skills with an R2-D2-themed PS4 laptop. Now he’s back with another beautiful one-off, this time based on the new droid on the block. 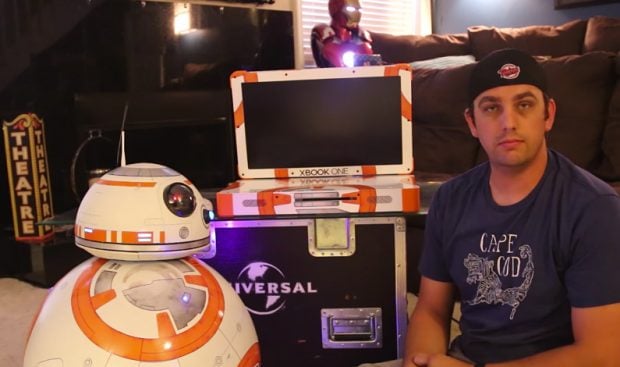 This Xbook One is the same as Ed’s made-to-order Xbox One laptops, except its case has BB-8’s white, orange and silver patterns as well as LEDs on its lid. It also emits droidspeak when fired up, and comes with a similarly themed Xbox One controller.

His BB-8 replica totally stole the show. I don’t know if Ed is selling this particular unit, but he’s open to commissions so just hit him up on his website if you want one.