There are various features of Tesla’s cars that can be activated using mobile apps. If you have a compatible garage door opener, you can even have a Tesla vehicle enter or exit your garage with just a few taps. Jason Goecke claims he’s come up with a way to activate that feature with a voice command, a la Knight Rider. 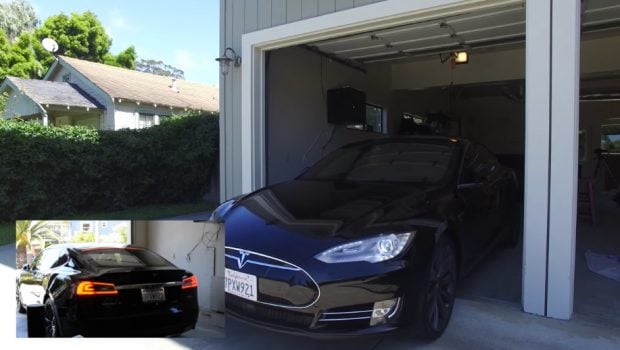 I love how the voice-activated car and even the garage door opener are quieter than the flying camera used to film them. Jason says it would be trivial to replicate the mobile apps’ function with voice commands, but he’d rather wait for Tesla to officially support the technology, preferably with an authentication measure in place.

[via Teslarati via Ubergizmo]