This gaming mod is called the Painsaw for obvious reasons. It is made to look like a blood-spattered chainsaw from Doom, but it’s more than just a prop. It actually plays the classic science fiction horror FPS. 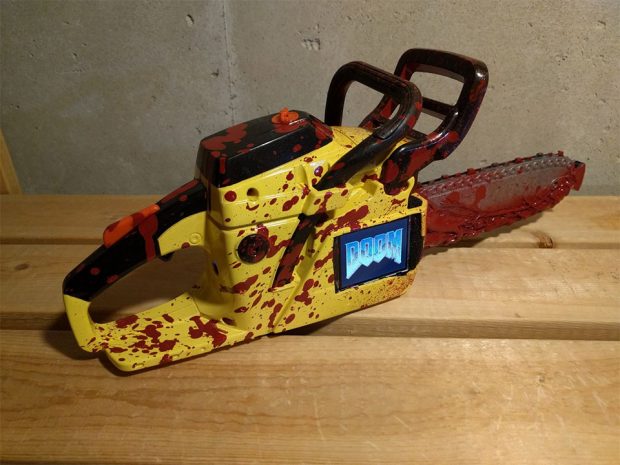 It was made by a modder going by the moniker scar45, who used a Pi Zero microcontroller and a toy chainsaw. And a lot of paint for blood. The system features a 4400mAh Li-Ion battery, an Adafruit PowerBoost 1000 Charger, Raspberry Pi Zero and more. A 2.2” TFT LCD displays the game, and you can attach a keyboard or use any Xbox 360 controller.

The video looks like a grainy VHS tape and is timestamped Dec. 10, 1993, the day that the Doom was originally released. Wow, has it been that long already? It is truly a mod of doom. 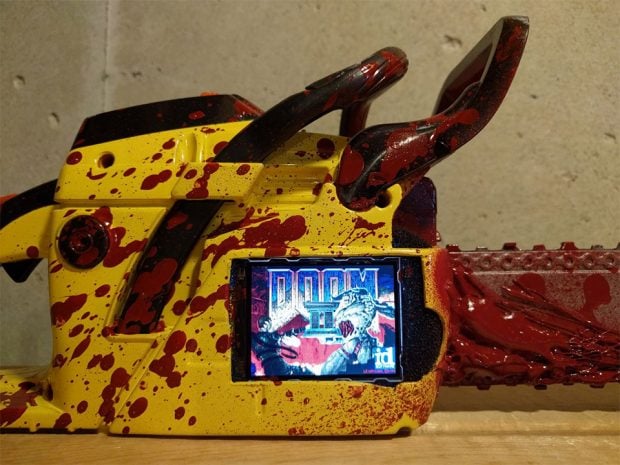 [via Damn Geeky via Neatorama]