I can remember going to the drive in theater when I was young and thinking it was weird. I much preferred the regular theater where I could see and hear better than at the drive in. I do like the idea of being able to watch a movie anywhere your truck might take you though and that’s exactly what the Hitch Theater is all about. 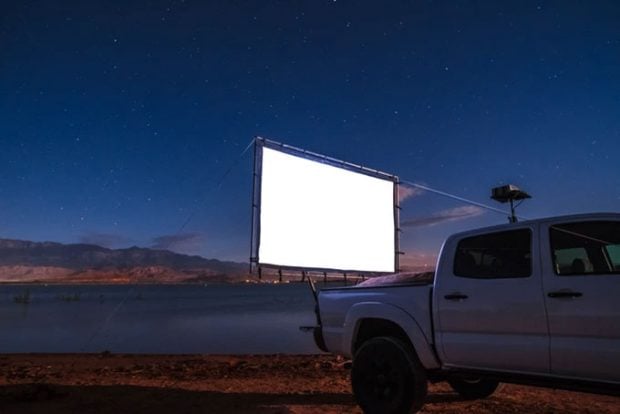 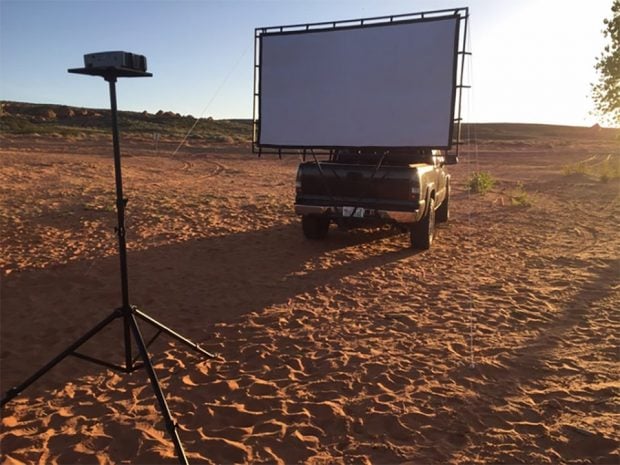 Clearly, you will need a projector, a video source, and a way to get electricity like a generator for this to work.

The project is on Kickstarter right now, where a pledge of $330 is all you need to get both the screen and the projector stand. It’s not a bad deal at all, but sadly the project has a rather exorbitant fundraising goal of $220,000. It’s not even close to reaching that amount so it probably won’t be funded with only 15 days to go. Still, I really dig the idea of this though and it could make camping trips much more fun. Who wouldn’t want to watch “Friday the 13th” while sitting next to a dark and spooky lake?