Robots can do all kinds of cool stuff, but hand control could still use improvement. For the most part, roboticists have not been able to give their creations the same kind of finger dexterity as humans. However, University of Washington researchers are getting closer. 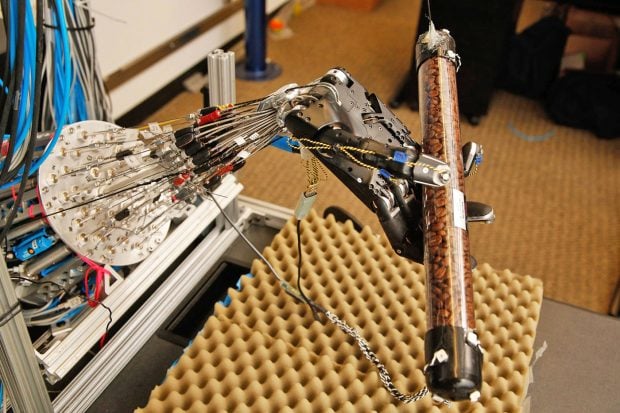 Researchers have built the ADROIT platform, which controls a robot hand that is dexterous enough to spin objects like the tube of coffee beans seen in the video below. But here’s the thing. It learned to do it all by itself. Its algorithm gradually discovers what works and what doesn’t, so the robot learns the best way to accomplish the task, and gradually improves its skill.

You know what this means right? Our future robot cops will not only beat you down with batons, but they will also deftly twirl them beforehand, taunting us.

[via WIRED via Engadget]