BioLite BaseLantern Lights Your Campsite and Charges Your Gadgets

BioLite has unveiled a cool new light source called the BaseLantern, designed specifically for hikers and campers who want a light source that can also provide power for other devices. The BaseLantern folds flat and is said to be no larger than a sandwich when folded. It’s bright enough light a good size campsite and it has USB ports for charging gadgets. 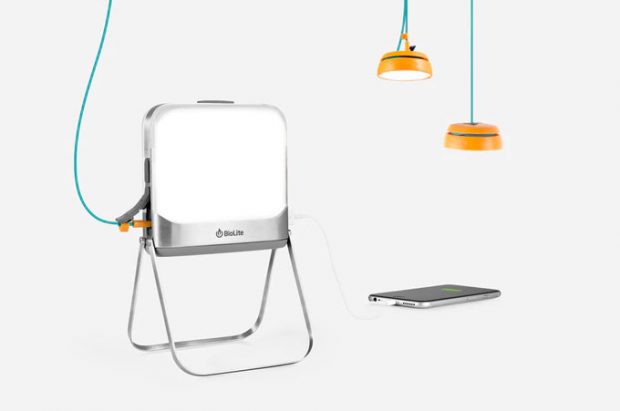 The light produces 500 lumens and its big 7800 mAH battery can light camp for 54 hours. That battery also works as a power bank for other devices. You can also attach BioLite’s SiteLight string lights that allow you to light other parts of your camp. 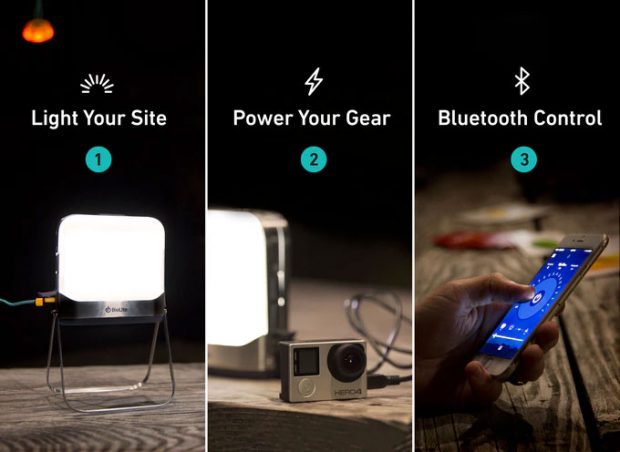 The standard BaseLantern’s internal battery has enough juice to charge your iPhone 6 four times. The BaseLantern XL has 12000 mAh of power, enough to charge that same phone 6 six times. It’s also got Bluetooth LE tech built in to allow you to control and monitor the light from your smartphone.