I don’t know who YouTuber April Jennifer Choi is, but I know a few things about her. First, she is a total smoke show. Second, she is really into the whips. Third, she makes me a little nervous. Fourth, she plays Jenga better with her whip that most people do with their hands. 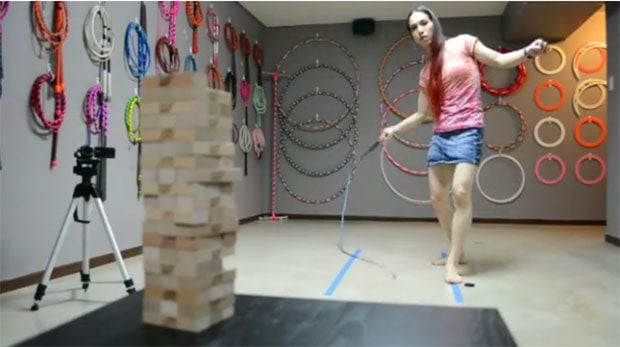 I definitely wouldn’t want to piss off a girl that has an entire wall filled with whips. I also hope beyond hope that those hula-hoops in the background mean she can whip stuff while hula-hooping. That would be awesome.

Choi says that this was her first time playing Jenga with a whip, but it looks like she is a pro at it already. Check out the videos to see her playing in slow motion and at full speed. All I can say is that her significant other had better stay in line.