If you can’t afford a table tennis coach but a wall isn’t good enough for you, check out the Trainerbot. It’s a smart ping pong ball launcher that will give you the exact shot you want for as long as you want. 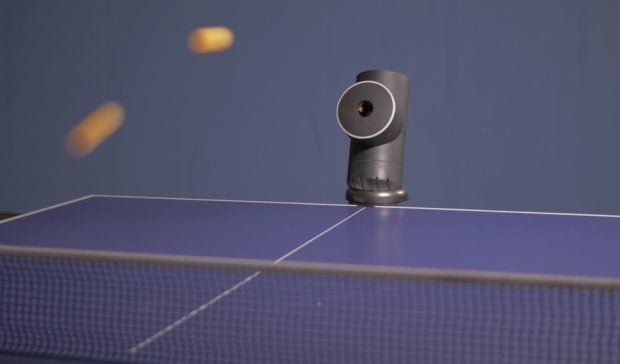 Using its mobile app, you can program Trainerbot to fire very specific shots. It even divides your side of the table into nine zones, Baby Steps-style, so you can pick where you want it to shoot. You can also fine tune the trajectory and spin of its shot. You can also string multiple shots together and save them as a training drill. You’ll also be able to export the drills you created to help – or troll – other Trainerbot users.

Trainerbot also has preset drills with varying difficulty, a multiplayer mode and a cathartic smash mode for quick plug-and-play sessions. The robot can hold up to 30 ping pong balls, which it can all throw at you in 15 seconds at its fastest setting. It doesn’t come with a Ballboybot though.

Pledge at least $329 (USD) on Kickstarter to receive a Trainerbot as a reward. The Trainerbot Pro variant comes with a stand so you can position it from a more realistic distance and height.