YouTuber Charles Mangin is a big fan of Apple’s classic computers, even the apocalypse in a box known as the Apple III. Last year, Charles designed a Raspberry Pi case based on the disastrous PC. It may not look like much, but it’s actually a physical representation of Charles’ love for Apple (and making). 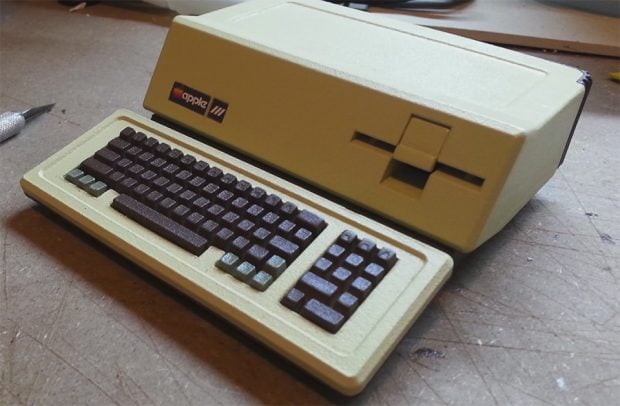 Charles wanted to have the case 3D printed, but he didn’t have an Apple III on hand, so he designed the case from scratch. First he made outlines of the case using patent drawings and photos that he got online. Then he turned those outlines into 3D models, with tons of refining and adjusting in between. It took him about 20 hours of drawing, plotting and refining to make sure that his replica case was accurate. Then he uploaded his 3D models to Shapeways and ordered a print. You can skip to 14:52 in the video below to see the finished case, but you really should at least skim through the video to see Charles hard at work and play.

If only the Apple III team was as obsessive as Charles.