LG Korea wanted to prove how hard its Zero Code vacuums suck, so it hired rock climber Sierra Blair-Coyle to strap a pair of its cordless K94SGN vacuum cleaners on her back and scale the 140m tall (~459 ft.) glassy façade of a building in Korea. The climber wore two of the vacuums with the hoses routed to a large suction cup on each hand. 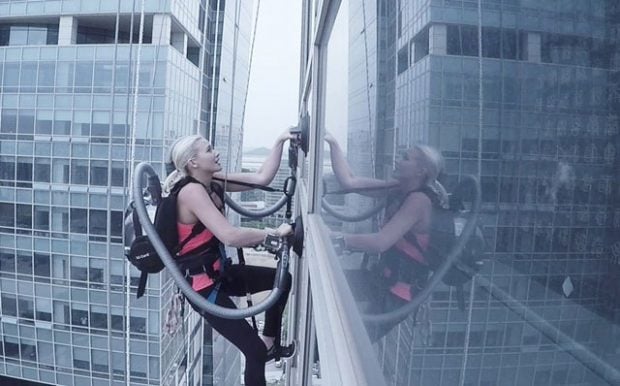 There were straps connected from her feet to the suction pads so she had a foothold on the sheer surface. LG says that between the climber and the gear, the vacuums had to support 70kg (~154 lb). The vacuums are cordless and powered by lithium-ion batteries.

She didn’t scale the building trusting her life to vacuums alone, she did have safety lines as well. Those lines were to prevent her from splatting on the concrete below where more than a vacuum would be needed to pick her up if the suction failed.