Super Mario Maker is one of the hottest games ever on the Wii U game console. It has sold like 3.5 million copies because it lets you design fun custom Super Mario levels to relive those old school gaming memories. One of the cooler things about the game is that there are a few costumes that allow you to play the game as different characters.

Two new costumes land today for the Super Mario Maker – Hello Kitty and My Melody. The costumes will be available on a new Event Course today in the US (May 26) and tomorrow (May 27) in Europe and Japan. 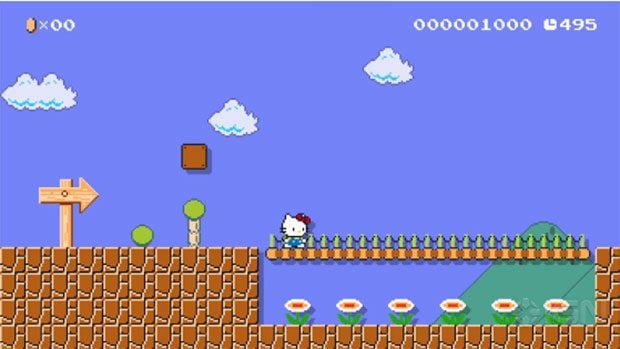 I’ve never really understood Hello Kitty or its appeal. I’ve also found it strange that Hello Kitty appears on some very adult items like lingerie and toilet seats as well as clothing and toys for kids.

[via Nintendo News via IGN]