A rotting cruise ship called The Duke of Lancaster has been beached and rotting in Wales for about 30 years. As it turned out, inside its hold have been sitting some of the coolest and rarest classic arcade game cabinets out there. 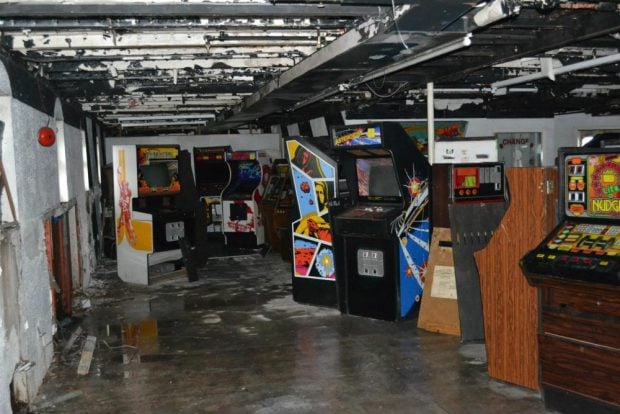 While it started as a luxury passenger ship, it later became a car ferry, and eventually was sold off, beached and was intended to be turned into something called The Fun Ship. It was to be a docked hotel, bar, and arcade. This never happened and the ship sat there rusting until 2009 when some people got inside and snapped images. Apparently, while the project fell through, the arcade games had been acquired and placed inside the ship and then abandoned.

Eventually the owner of the ship allowed some people inside to look around. This resulted in 50 of the arcade cabinets being saved from the leaky, rusty ship. Ultimately, they would need to use a crane to extract the machines from their precarious situation. Here’s a complete list of everything that was found aboard the ship, including arcade classics like Space Invaders, BattleZone, Boot Hill, Missile Command and more. There were also a number of pinball machines and other mechanical rides in the mix.

Read the full story of this amazing find on The Arcade Blogger, and check out the video and see some perfectly preserved ’80s nostalgia for yourself.

[via Super Punch via Kotaku]