I don’t have the skill or the agility to even get on a skateboard. Forget doing tricks. So I’m impressed the stuff Tony Hawk just does here on Earth. Now he’s skateboarding in zero gravity on a good old “vomit comet”. 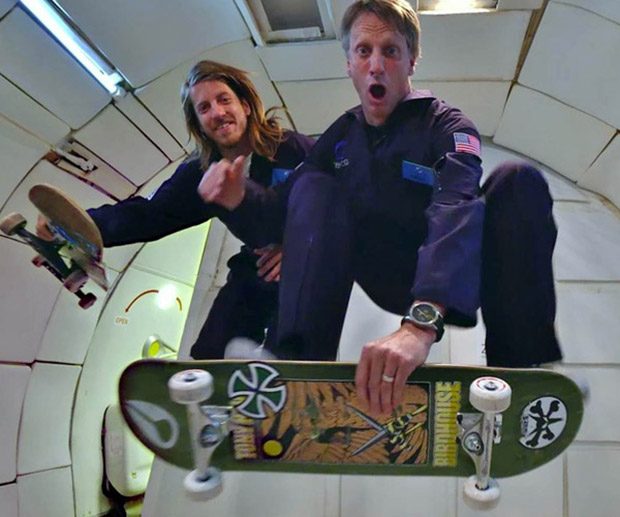 In this fun video, both Tony Hawk and Aaron “Jaws” Homoki have a great time testing their zero g skills. It’s nice to see that as cool as these guys are here on Earth, they have trouble skateboarding in a zero g environment. Now you know how I feel. It’s not so easy is it?

Despite the obvious difficulty at first, they actually do pretty good once they figure out which way is up. As far as I know, neither of them vomited either, which is a nice bonus.

[via Sploid via Geekologie]