The Force Awakens Soundtrack on Vinyl Has Holograms

Growing up I was really into vinyl records that had images on them. They were called picture discs if memory serves, and I had a bunch of them with soundtracks from different Disney movies on them. If you are still into records, you can now get The Force Awakens soundtrack on a very special vinyl disc, created by Infinity Light Science for Disney Music. 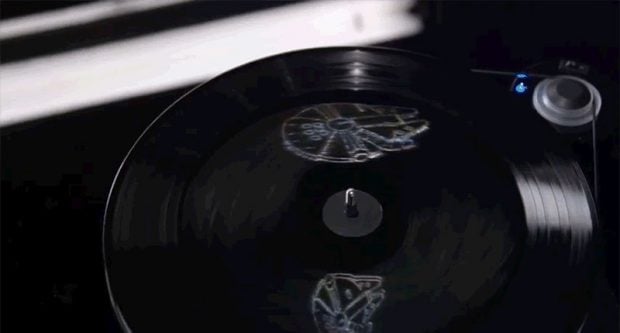 It’s not exactly a picture disc, but it does have some awesome holograms on it. As the record spins, the holograms rotate around. Depending on which side of the disc you’re looking at, you can see holograms of the Millennium Falcon or a Tie Fighter on the vinyl surface of the album. You do need to be at just the right angle to see the hologram, and need a direct light source like a flashlight or the LED flash on your smartphone for optimal viewing.

The 2 LP set also includes a 16-page booklet that includes liner notes from J.J. Abrams. It’s $50(USD), which isn’t exactly cheap, but at least it’s got holograms on it. You can pre-order yours from Amazon now, and it’ll ship on June 17. 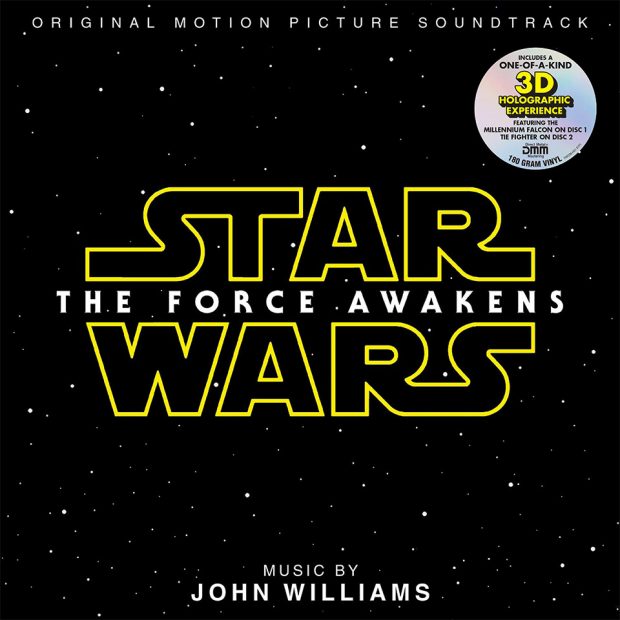