Warning. Read any further, and your fear of cockroaches will be kicked up several notches. That’s because a collaboration between South Korea’s Seoul National University and UC Berkeley has created it’s latest unholy robot. Yes, mankind has built a robot cockroach that can crawl around and also jump five feet in the air. 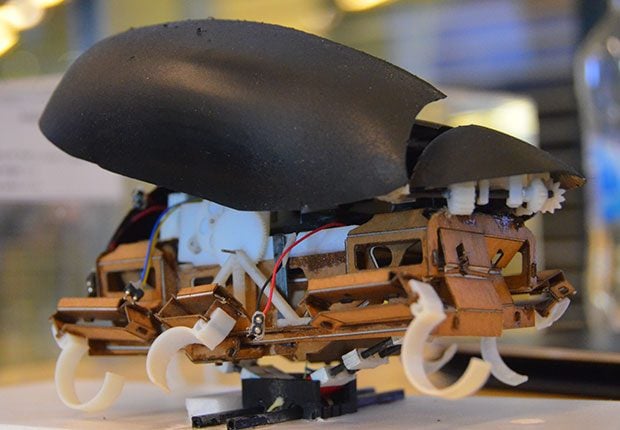 It is called the JumpRoACH, naturally. It weighs two-ounces and has six crawling feet and a diamond-shaped jumping/launching mechanism powered by eight latex bands and a DC motor. What is groundbreaking here is the robo-roach’s ability to control the power of its catapult mechanism, and time its launch so it makes the jump.

It can’t fly yet, but it does have wings that it can open to flip itself over onto its feet. Give them time and these things will be flying. Then what will stop them? Nothing. After the nukes drop, real and robo-roaches will one day fight for control over the planet.

[via Popsci via Engadget]