Super Mario Bros. Monopoly: Your Princess Is in Another Hotel

The Super Mario Bros. Collector’s Edition of Monopoly takes the Mushroom Kingdom and turns it into a giant real estate free for all. You want to stick it to Bowser? Evict him from Park Place and get your Princess back. 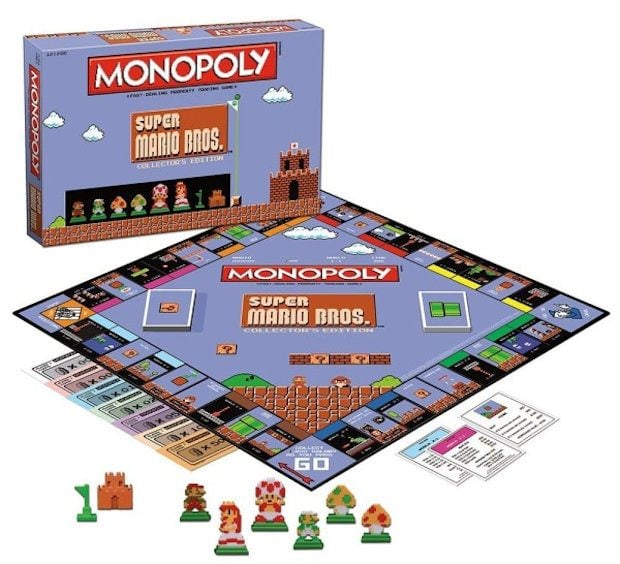 It is the usual game of buying, selling, and trading locations, but in this case, the locations are from the eight worlds featured in the classic 8-bit version of the 1985 video game.

It comes with custom 8-bit styled game pieces of Mario, Luigi, Princess Peach, Toad, Super Mushroom, and 1-up Mushroom. It also features a custom designed 8-bit style Game Board, custom goal poles and castles replace the houses and hotels. Aside from that, Community Chest and Chance Cards that have been renamed as Block and Warp Pipe. You’ll also get the usual custom themed Monopoly money. 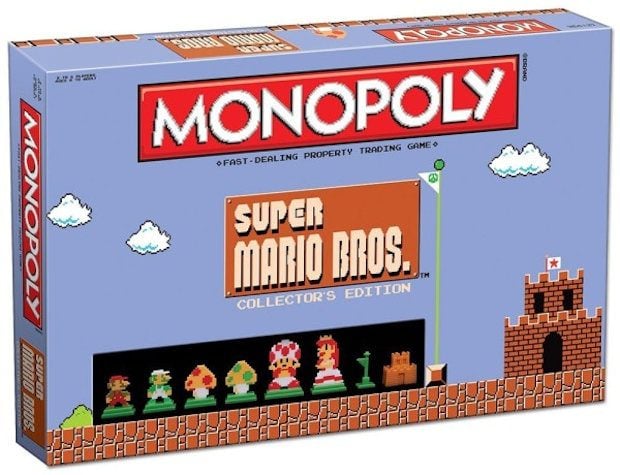 Mushroom Kingdom realtors? get it from Amazon for about $50(USD). 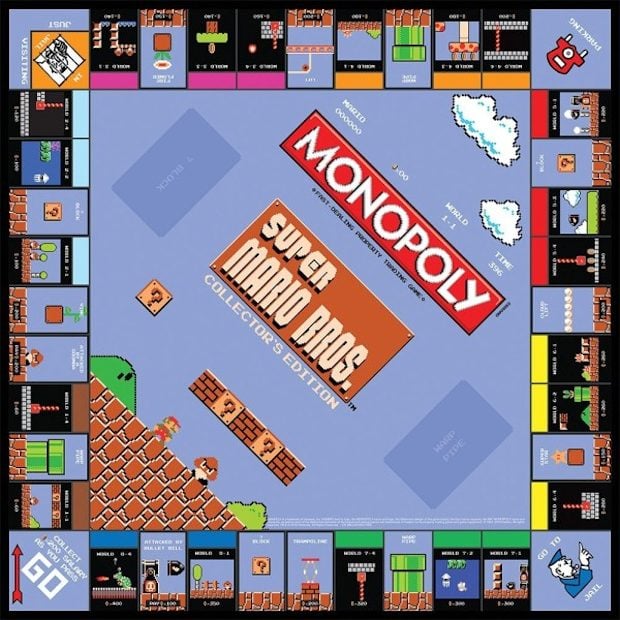