I’ve seen Zootopia, and I thought it was pretty meh. My kids loved it though, and a dude named Zhao spent several days building a life-size LEGO statue of Nick Wilde from the movie. I don’t know how many bricks this statue took to make, but it was lots of them. Certainly this many bricks cost thousands of dollars to purchase.

After he finished building it, the statue went on display behind some ropes at a mall in Ningbo, China. Sadly, the statue didn’t last long. Apparently, after only an hour into the display, some bratty kid climbed under the ropes and knocked the statue over. 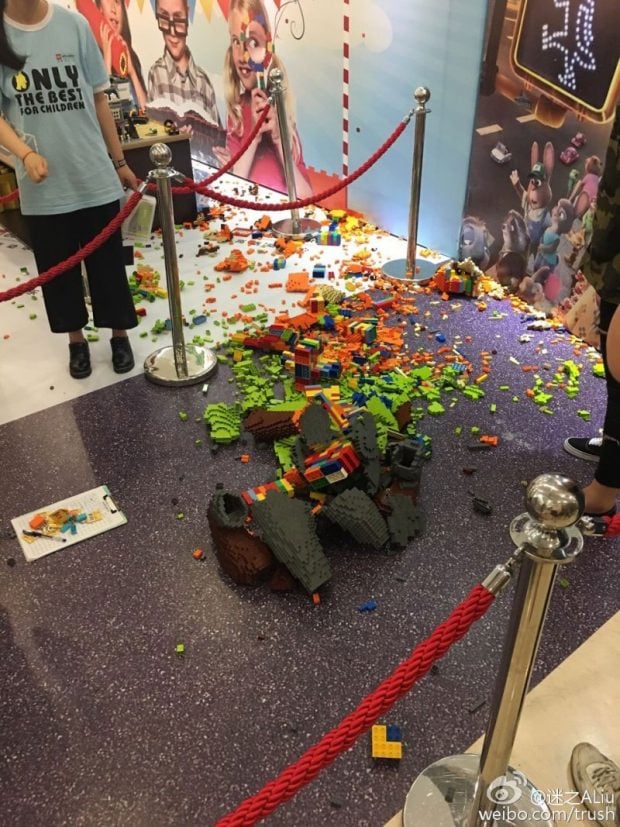 The result was thousands of dollars in LEGO bricks, and hours of Zhao’s time being strewn all over the place. At least we can enjoy some pics of Zhao’s impressive creation before it was laid to waste by the kid: 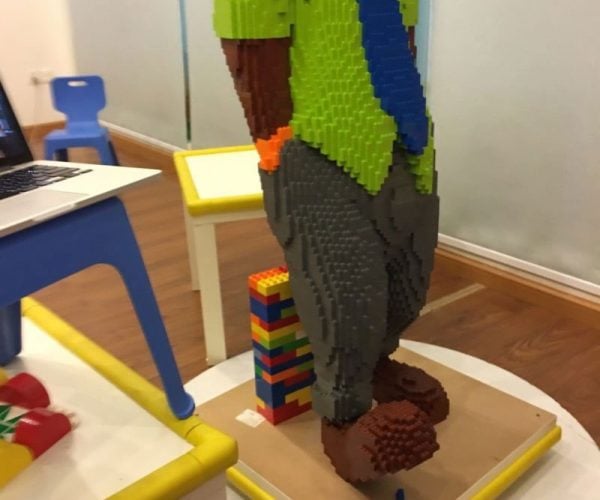 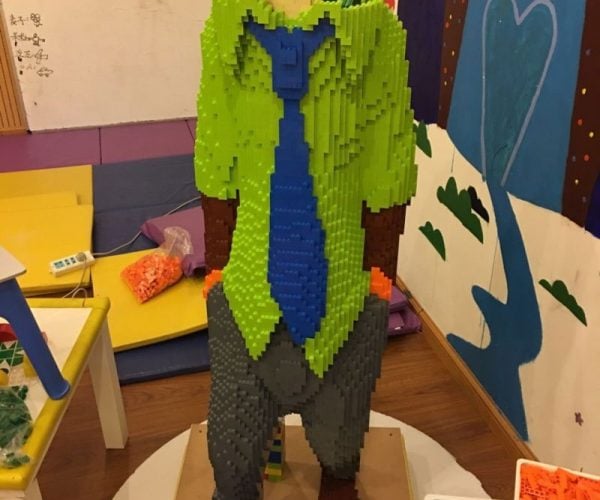 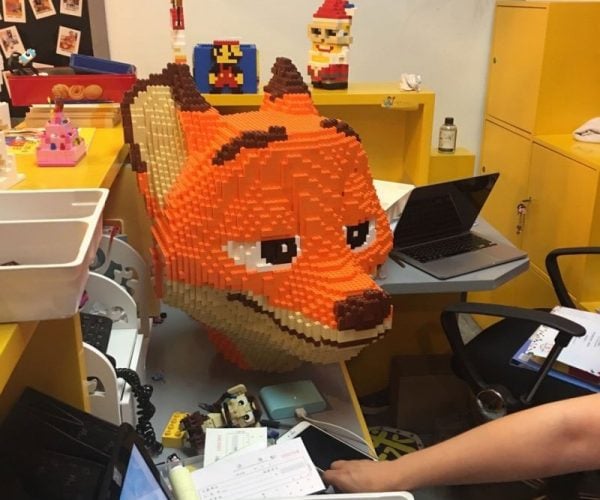 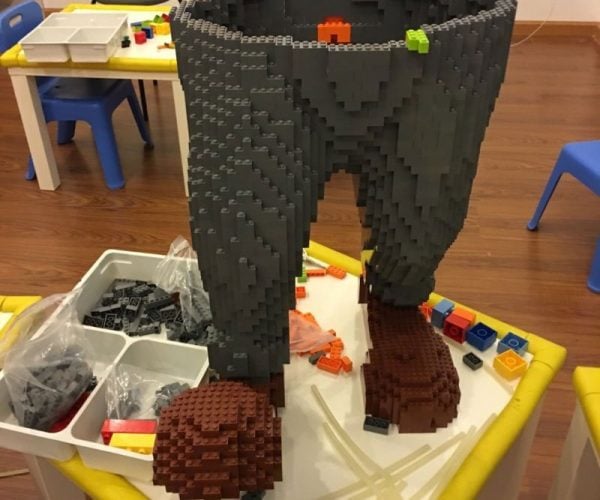 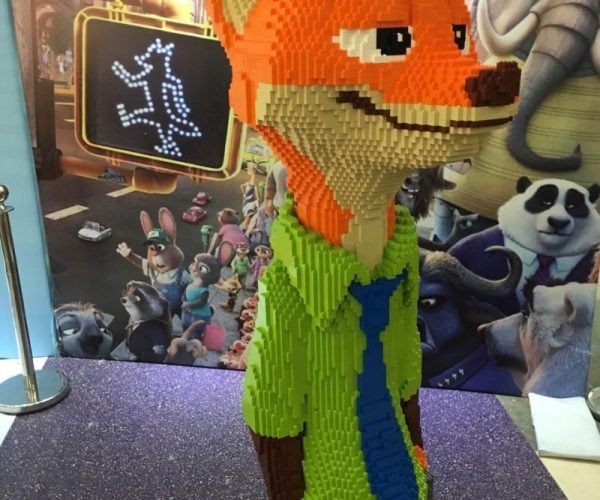 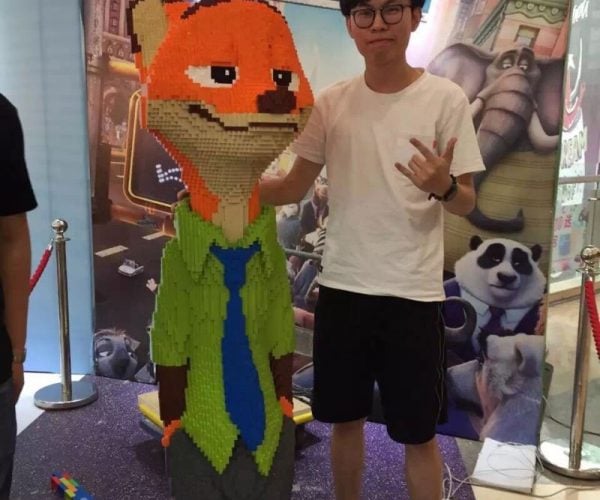 It seems Zhao was pretty chill about the whole incident asking for no compensation, and laid some blame at the feet of mall employees. This is probably why the statues at LEGO stores are all glued together.