In the past, we have seen geeks cook up custom DIY version of Monopoly based on the video game franchise Fallout. Now you can get your little mutant mitts on an official Fallout Monopoly collector’s edition of the board game. It’s designed for 2 to 6 players, and odds are likely a fistfight will break out. 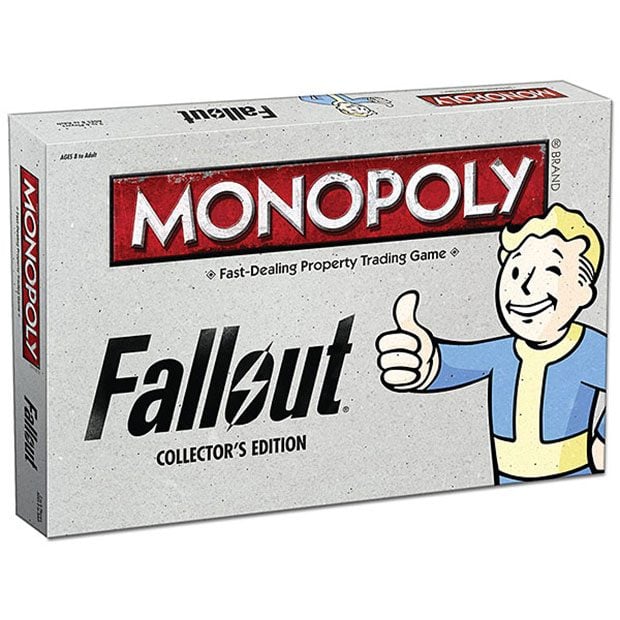 The game has Fallout inspired tokens, locations, cards, and money. Why exactly the game uses paper bills rather than bottle caps I don’t know. I guess it would be hard to have a pile of 10,000 bottle caps lying around, but that’s how I’d playu this. 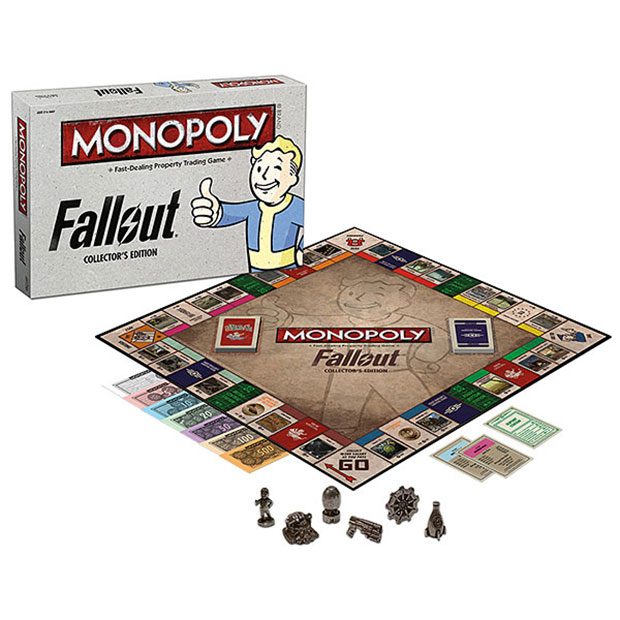 The coolest part of the set is the little tokens that you play with. You can be VaultBoy, a power armor helmet, a mini nuke, a 10mm pistol, a vault door, or a bottle of Nuka Cola. No fighting over who gets the car with this set. 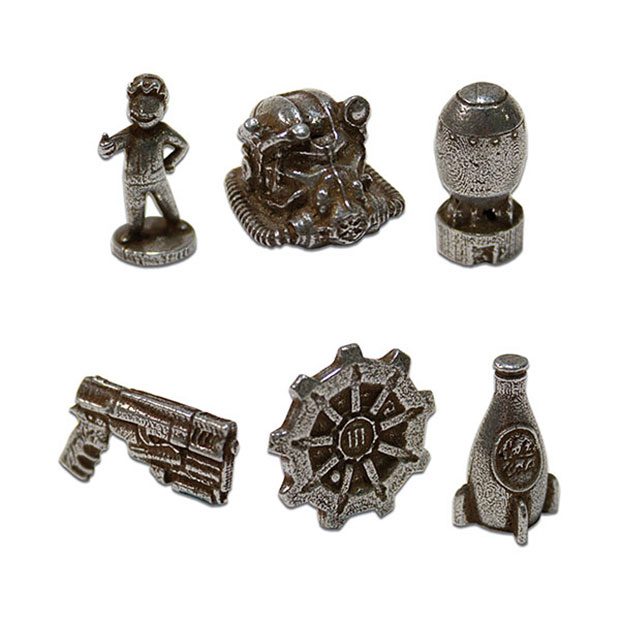 So start trudging through the wasteland to ThinkGeek, where you can get your own copy of the game for $39.99(USD). 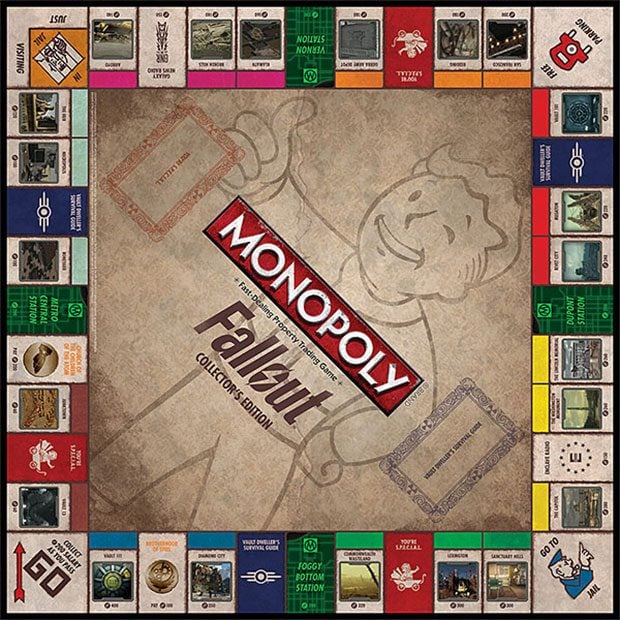