Drone Doubles as a Piñata, Doesn’t Elude for Long

Drones make almost every activity better. Even piñata smashing. To prove that point, Jon Stamm and Joey Graves of Vat19 recently took a gummy bear piñata, filled it with cereal marshmallows, attached the piñata to a DJI Phantom drone, and then tried to smash it wide open with a baseball bat while blindfolded. See, drones make everything better. 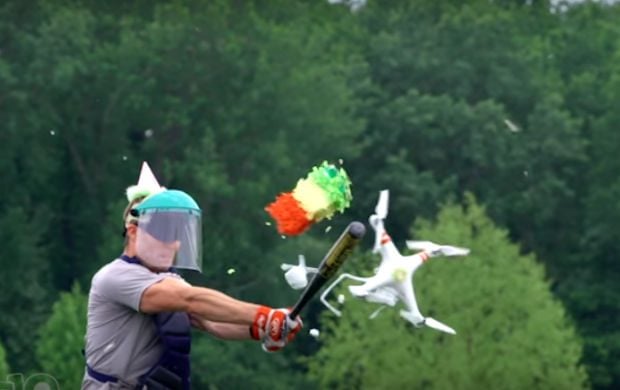 Watch as one guy tries to smash it and the other flies the drone. Will they get the marshmallows out? Will they destroy the drone in the process? I think it’s safe to say that in the end man will triumph over both marshmallows and drone and all will be well.

Maybe we can get these guys to smash the flying robots that are surely coming our way.