These Guns Are Made from a 4.5 Billion Year-old Meteorite

Last year, Cabot Guns announced that they would releasing twin 1911 handguns made from a meteorite. They have made good on that promise, and created these guns made from the Gibeon meteorite that crashed on Earth approximately 4.5 billion year ago. The meteorite was discovered in Namibia in the 1830s. They are calling this duo the “Big Bang” pistol set. 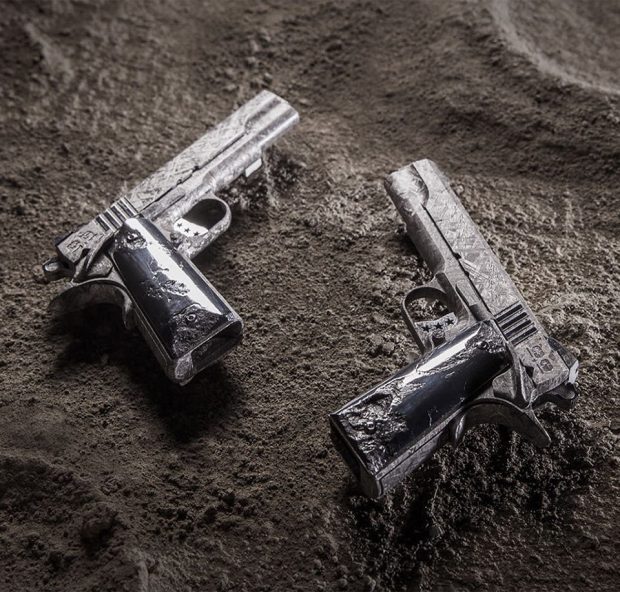 Guns made of meteorite people! Astronauts should carry these because aliens. It took five months of work to extract material from the meteorite and shape them into gun parts like the slides, frames, triggers, magazine release, and grips. 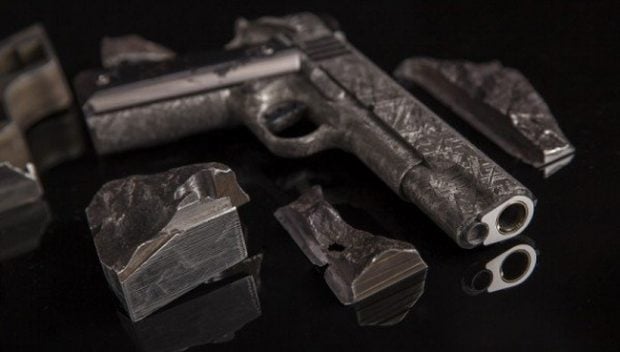 The process included x-rays, 3D modeling, electron-beam welding, and EDM wire cutting, all carried out with the greatest of care. 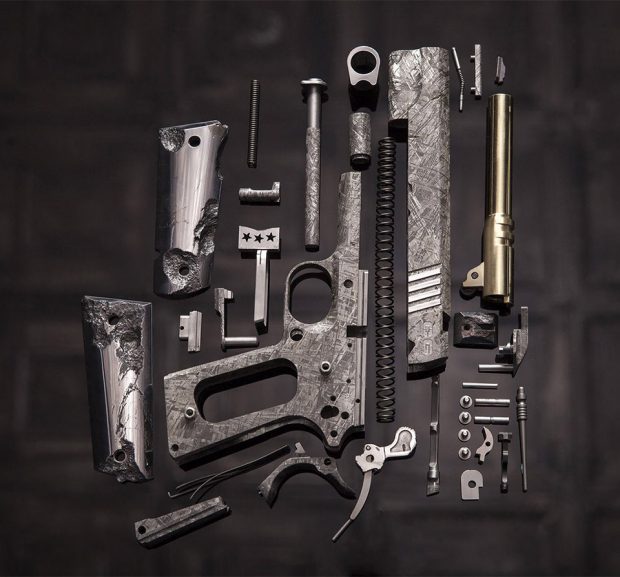 Obviously, the price is going to be out of this world. The company was offered over $1 million(USD) at an auction a few months back. They turned it down and now want $5.4 million.

[via Oddity Central via Damn Geeky]