Lots of people love McDonald’s McNuggets. You know what’s even better than an unnaturally shaped piece of formed chicken parts? Getting a golden McNugget. Yes, McDonald’s Japan is giving away an 18-carat, 50 gram gold McNugget worth roughly $1500. Now that’s a McNugget. 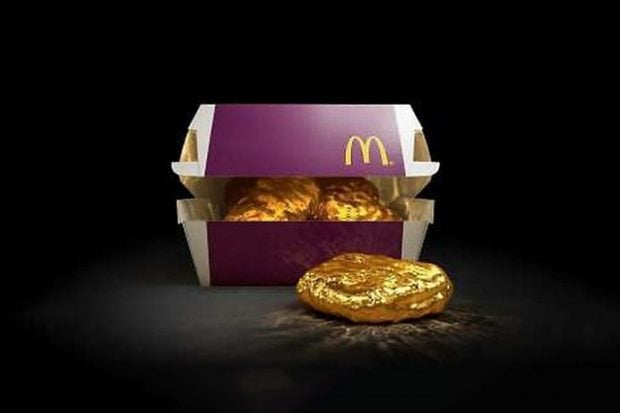 To get the gold you have to go on a quest that involves searching clues left by the ‘nugget thief’, a new yellow-suited, black-masked mascot called “Kaito Nuggets” at restaurants around Japan. The campaign will run from June 8 to June 28, and during that period, one person a day in Japan will also win 39 days of free chicken nuggets. 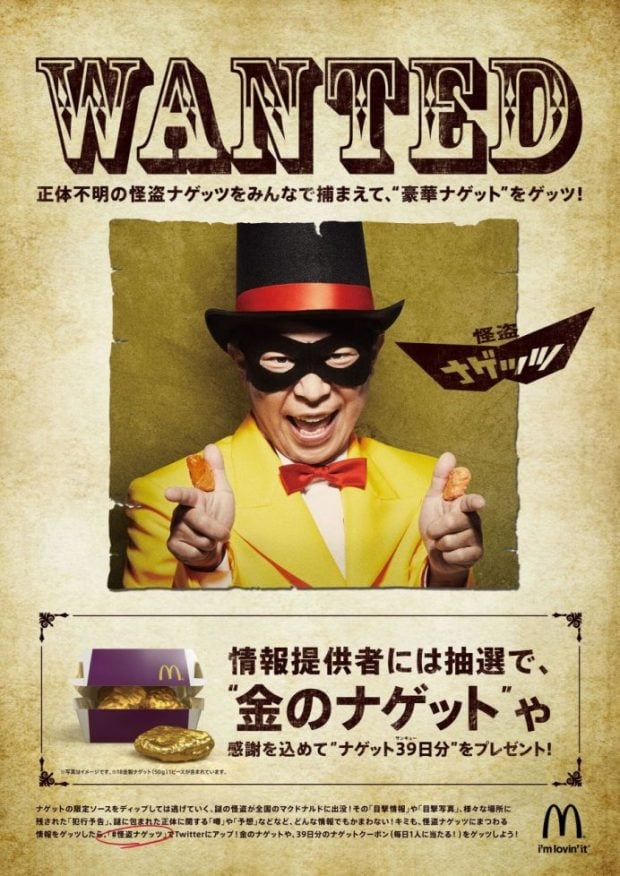 This campaign is all about launching two new sauces: Creamy Cheddar Cheese and Fruits Curry Sauce. “He may appear in some of McDonald’s restaurants throughout the country, may throw out a ceremonial first pitch for a professional baseball game, or pay a visit to a prefectural governor making a surprising request entertaining people,” said the fast food chain in a press release.

Awesome! What a great time to be alive in Japan! I’m being sarcastic, but it’s a fun way to win a nugget that’s gotta be better for you than the regular ones.

[via Hypebeast via NewLaunches]