Researchers from the Spanish National Research Council (CSIC) have created a very cool and very small exoskeleton that is intended to help kids who suffer from a condition called spinal muscular atrophy (SMA) walk and stave off other illnesses that might risk their lives. The problem for kids suffering from SMA is that they don’t have the muscular strength to stand upright, and end up laying prone much of the time. This often leads to bone density loss and the risk of lung problems that could lead to death. 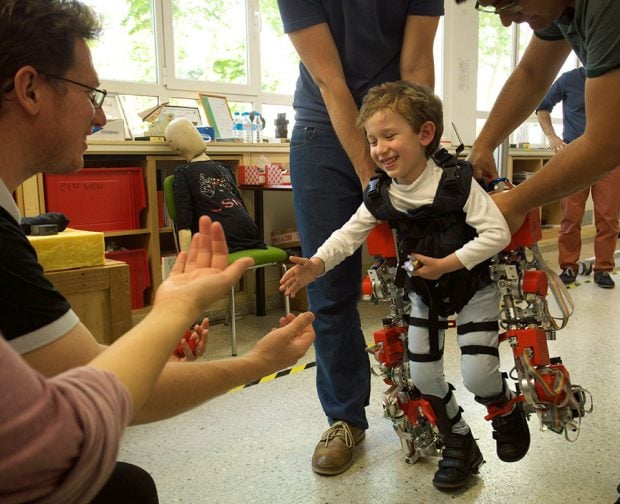 The little 26-pound exoskeleton is designed to help them get up and walk to keep muscles strong and lungs clear. It has five motors in each leg and sensors that can tell when the wearer is moving their legs.

When those sensors detect movement, the exoskeleton moves its metal legs as well. It’s powered by a rechargeable battery good for five hours of use per charge, and is designed to be worn by kids from 3 to 14 years of age. 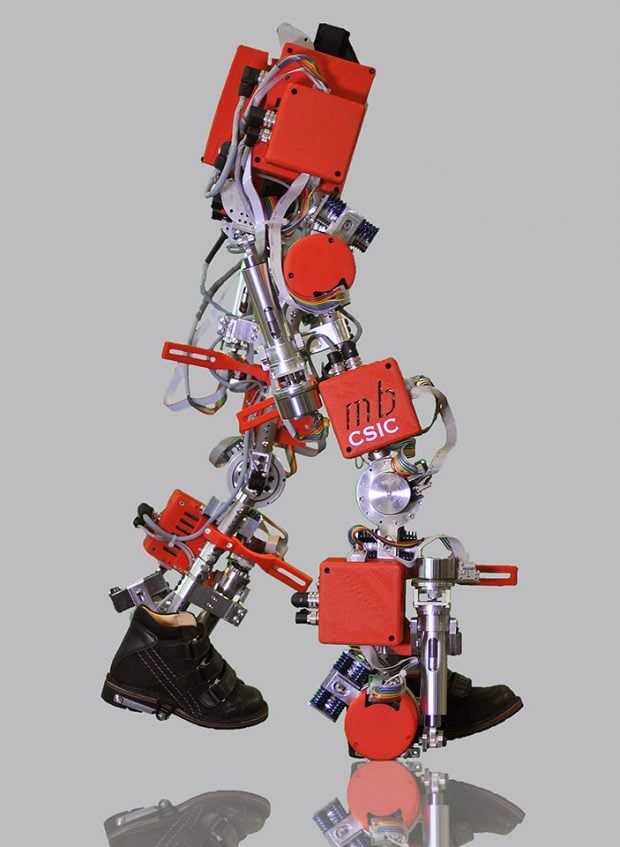 The exoskeleton is in pre-clinical testing now, so hopefully kids struggling with this debilitating disease will be able to benefit from this technology soon.