This awesome short is a brick remake of the classic Ghostbusters by Digital Wizards Studios, who spent over 2,000 hours creating it. Man, I ain’t afraid of no ghost, but I don’t think I could have pulled this project off. That is a lot of time. And it was well worth it since the finished film is amazing. 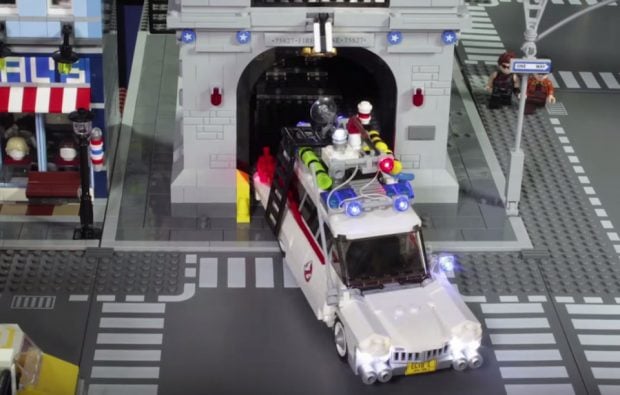 They used about $100,000(USD) worth of LEGO bricks to create this stop-motion masterpiece, which is an abbreviated remake of the original 1984 movie. Along the way, they used some of the rarest and most valuable LEGO sets out there, like the Taj Mahal, Statue of Liberty and Green Grocer. It’s got lots of fun cameos too, so be sure to keep your eyes peeled.

The opening shot alone took 12 hours to set up and six hours to animate. These kind of short films take real commitment and drive, not to mention talent. These guys have my respect.

[via The Brothers Brick via Laughing Squid]