French tattoo artist JC Sheitan Tenet lost his arm 22 years ago, and as much as that must have been traumatic for him at the time, he recently got a tattoo gun prosthetic, so he is probably feeling like an awesome cyborg right about now. 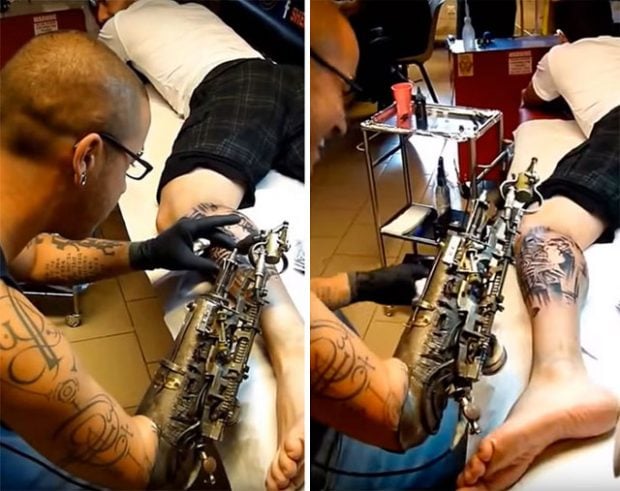 The prosthetic arm is thanks to artist JL Gonzal, who modded an existing prosthetic with a dieselpunk style tattoo gun. It looks like he is creating some awesome tattoos with this arm too. 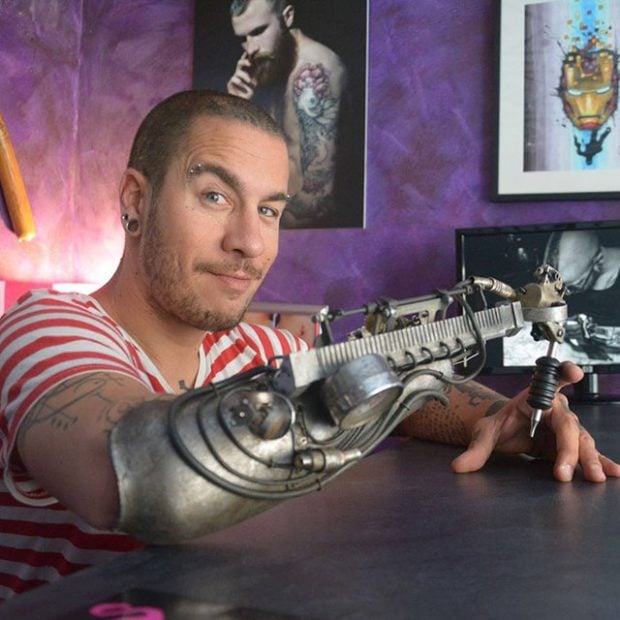 It’s awesome that he can continue to create his art with this new appendage. 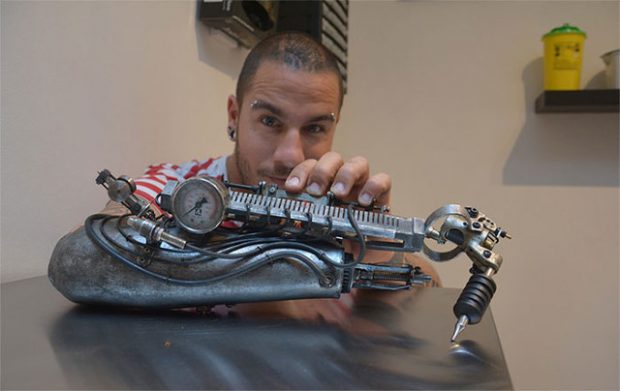 You can check out a video below of him tattooing with the arm. I couldn’t do work like that with both of my human arms. JC rocks at his craft.