If you have played Fallout 4 much, you know it doesn’t matter how often you help Preston Garvey, he always needs you to do more. He’s pretty busy bashing on fans and walls with his hammer though. ThinkGeek is showing off the coolest bit of Fallout swag ever, a Pip-Boy that you can actually wear. More precisely, you’re looking at RobCo Industries’ Pip-Boy Model 3000 Mk IV. 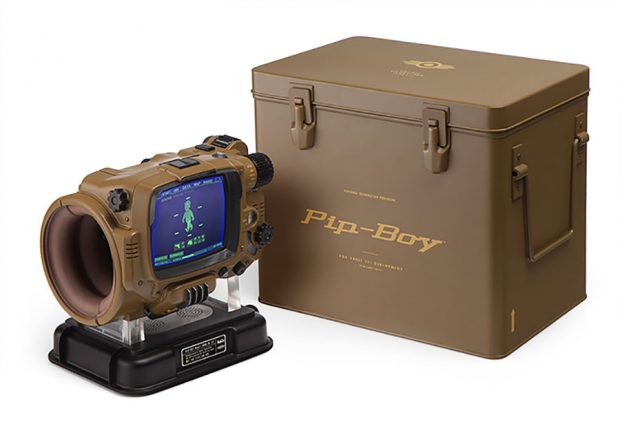 Unlike other Pip-Boy replicas, this one isn’t just a case for your smartphone. It’s got its own screen, and designed to sync with your smartphone or tablet via Bluetooth. It can show you caller ID, SMS messages, and stream audio files, among other things. Most of the buttons and dials on the thing actually work. It also has a cosplay mode that shows the Status, Special, and Perk screens from the game. 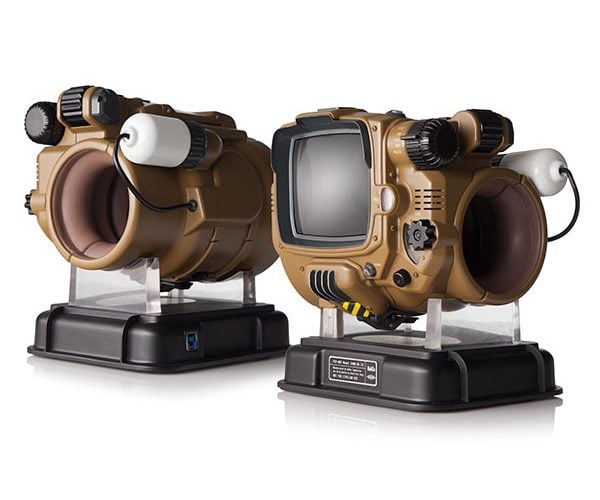 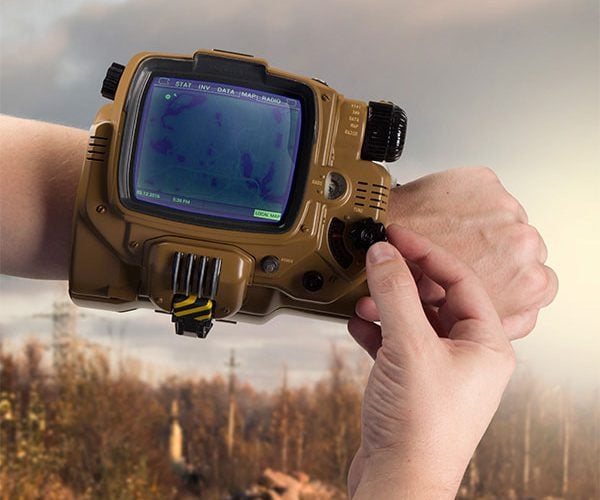 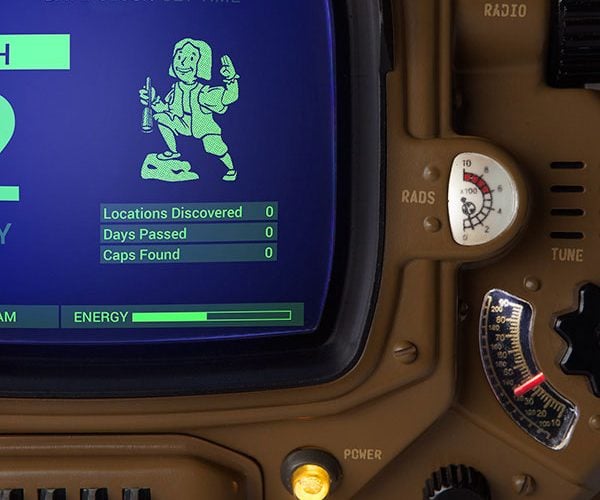 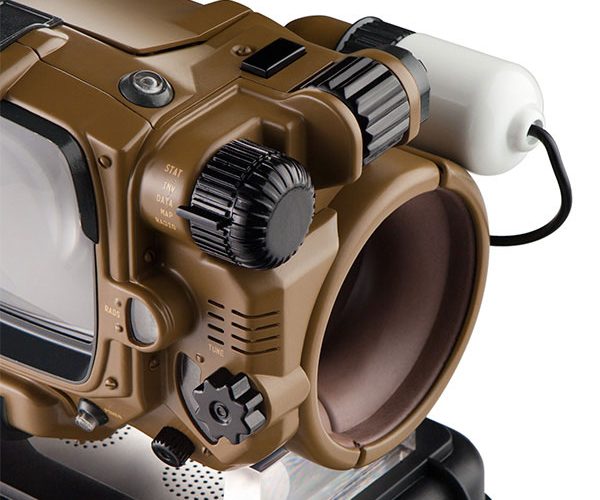 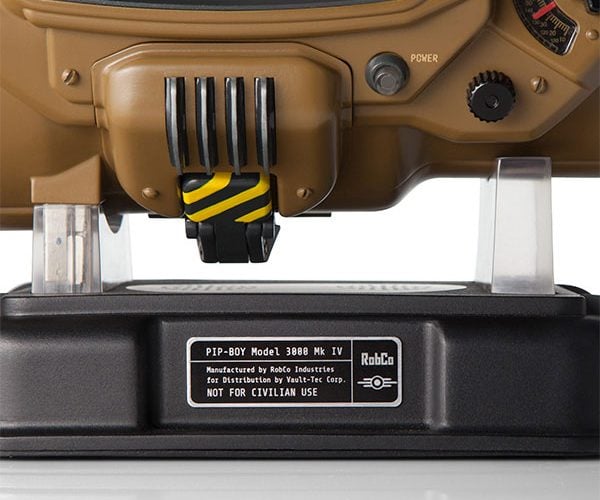 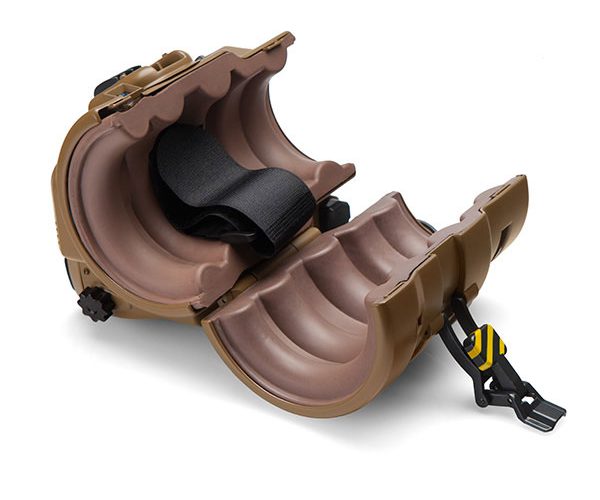 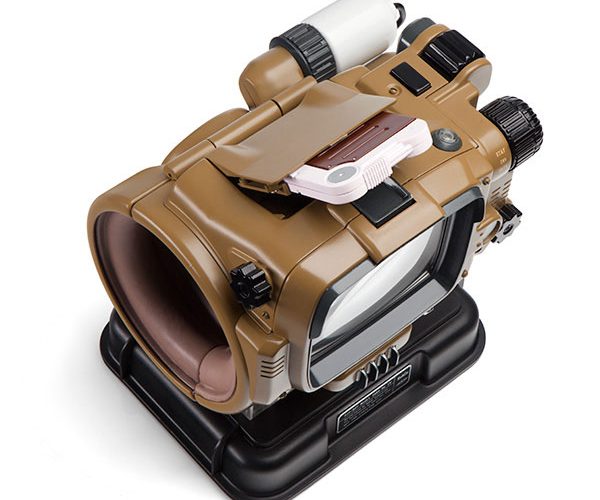 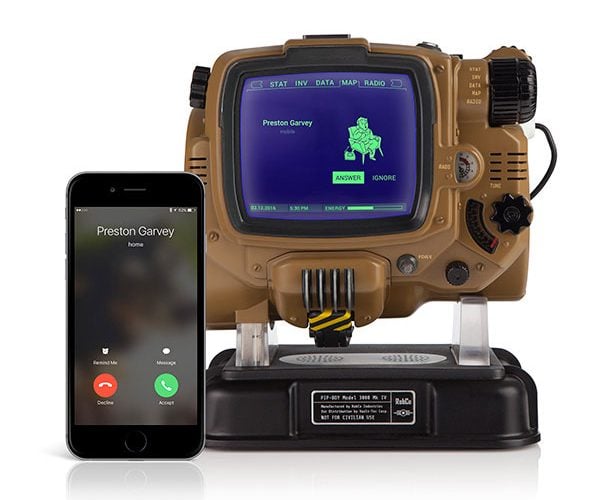 The stand looks like it came right out of the game and charges the wearable, and also has has speakers inside. The whole works comes in a tin that looks like you found it lying in a vault somewhere. The Pip-Boy is in prototype form now so we aren’t sure how long it lasts per charge or what screen resolution is offered.

ThinkGeek is taking pre-orders for $349.99(USD) with shipping in November, which makes this the perfect gift for the Fallout fan on your Christmas list.