I never understood gamers who get want to deck out their controllers in fancy colors. You ask them why and they say they want to stand out from the crowd. Really? While playing games in your home in the dark? Well, obviously gamers don’t care what I think, since so many of them dish out money for colorful controllers. And if you like colorful gaming gear, Xbox is here to help. 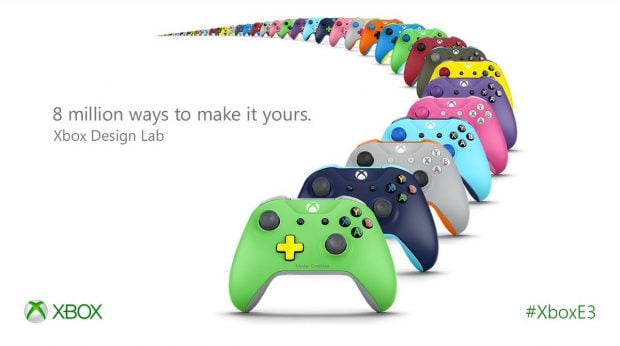 Along with that new white Xbox One S, Microsoft has unveiled Xbox Design Lab, which is a site that lets you customize your controller’s color from about eight million different color combinations. Perfect if you want more colorful versions of the new Xbox One controller, which was also unveiled today and feature Bluetooth connectivity with increased range, a more robust thumbstick and a textured grip for better feel.

These custom controllers will cost you $80(USD) through the Xbox Design Lab site, but laser engraved Gamertag customization will cost an extra $10(USD).