Fallout 4 Nuka World DLC Lets You Be a Raider!

Like most players of Fallout 4, I’ve quick-saved and shot the shit out of Preston Garvey more times than I can count. That guy is super annoying. I also like to occasionally kill everyone at Diamond City, it doesn’t make me evil. I have always wanted to be able to do two things in this game – build a settlement anywhere I want to, and become a raider. 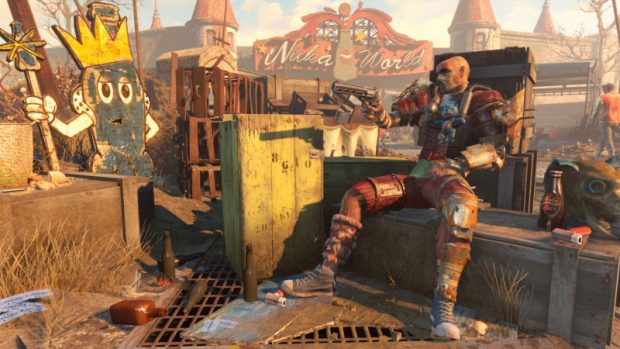 The Nuka World DLC won’t give you build-anywhere capability, but it will let you be a badass. Bethesda has said that with this expansion we will be able to lead gangs of raiders and conquer settlements. I wonder how mad that will make Garvey.

The pack will have new quests, weapons, creatures, and more. I really need this expansion in my life; of late, I’ve become a bit bored with the game. The DLC will be available this August for $19.99(USD).